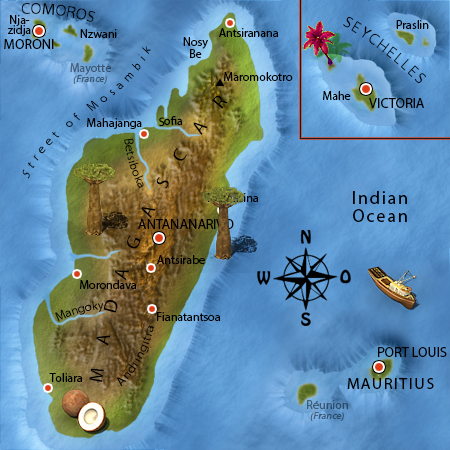 Bonjour, welcome to Mauritius, the island kingdom in the Indian Ocean!

Mauritius is located to the east of Madagascar. The Republic of Mauritius consists of several small islands that are, when combined, about the size of Luxemburg.

Mauritius forms together with Reunion an island chain, called the Mascarene Island Chain. It is of volcanic origin and forms the tip of a massive mountain chain that is covered by the Indian Ocean. 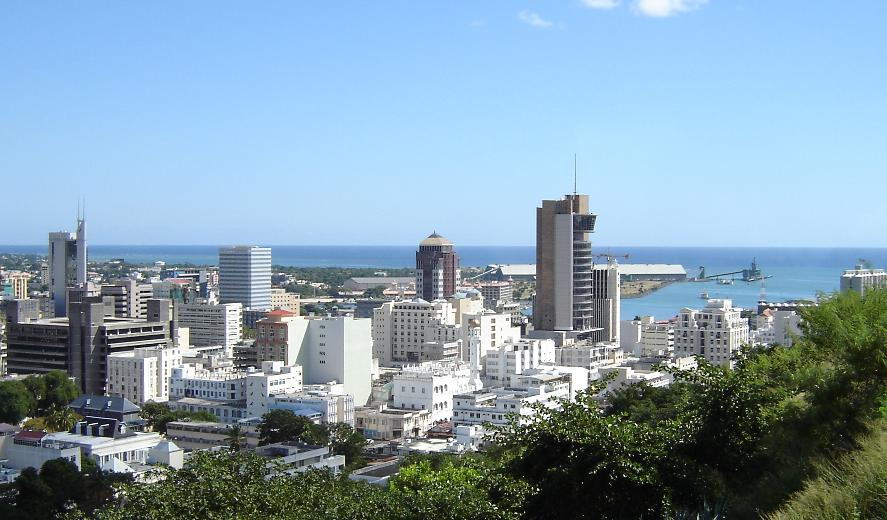 Port Louis is in the north of Mauritius. The city was founded by the French. Today, Port Louis is a modern container port where goods from all over the world are loaded or cleared. Next to its large port, Port Louis has a busy market. The cafes on the street and the bars attract many tourists. Mauritius has over a million inhabitants of which around 150 000 live in the capital Port Louis. 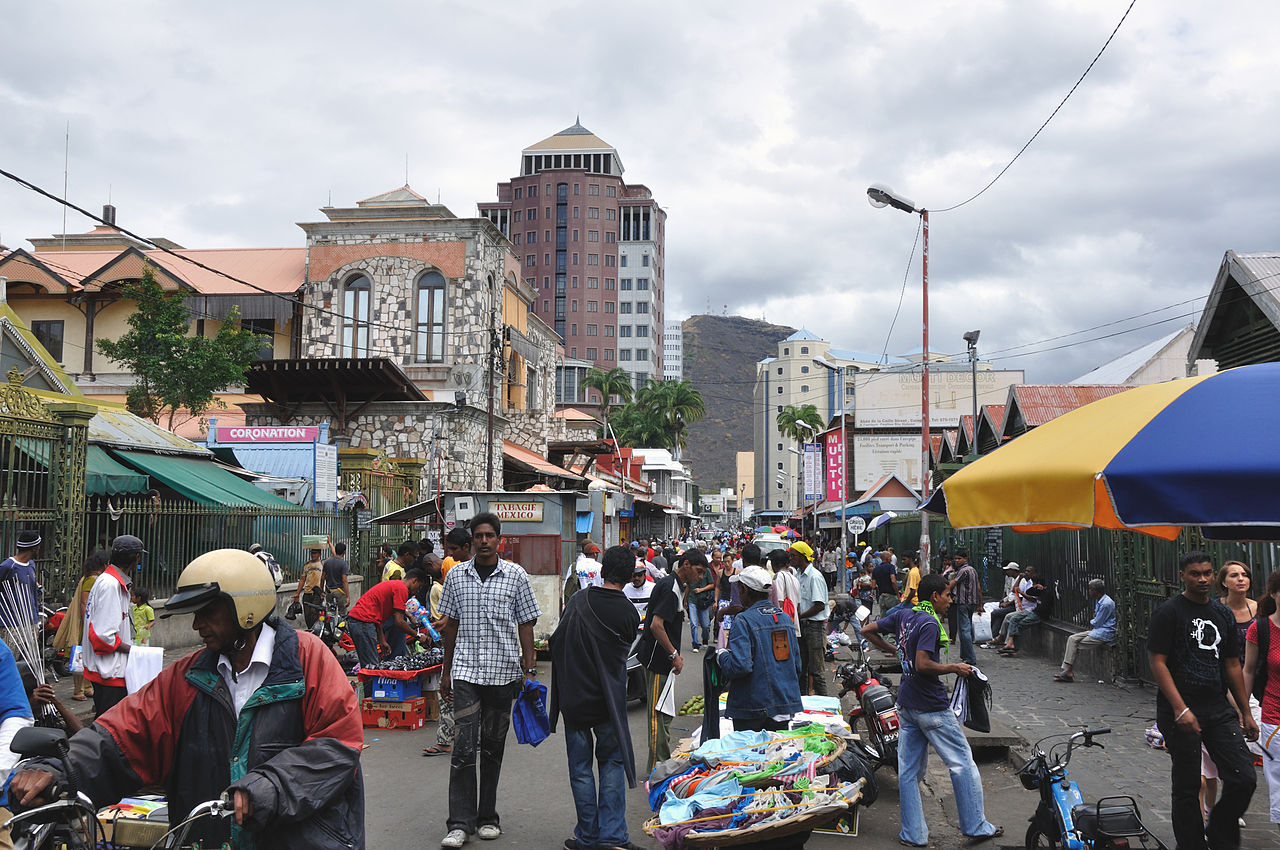 The Mauritians are a typical island folk, which demographically consists of Frenchman, Indians, Chinese, and the native population. Multiculturalism at its best. This is the reason there is no unified cultural identity on Mauritius. The official language is English but most speak Creole. About half of the population is of Indian decent and are Hindus. The other half are Creoles and Asian immigrants. They are of Christian or Islamic belief. The different groups of immigrants have stayed true to their rituals and beliefs. Despite their differences they live together peacefully. Everybody loves music and it defines their everyday life. Sega, the songs from the times of slavery, are especially popular. The songs tell the tales of the sorrow and pain the slaves had to endure on the islands. The singing is accompanied by traditional instruments. The women wear colorful costumes and dance a type of hip dance. 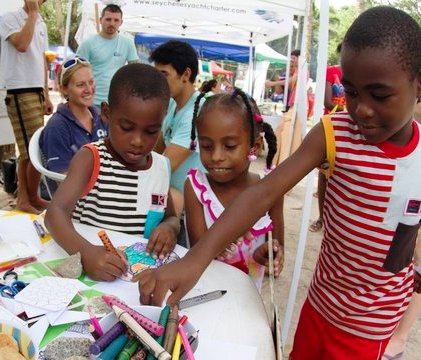 School is mandatory on Mauritius and almost all children attend classes. These take place in English which is often hard for the youngsters. Most of them learn Creole as a first language so English is a foreign language. English and French belong to the main courses but who enjoys learning how to count and calculate in a foreign language? Classes are free for the first couple of years but beginning in the elementary classes, tuition needs to be paid. Since the coasts of Mauritius are extremely endangered by climate change the class “sustainable development” is part of the curriculum for the older students. The teenagers practice environmental protection. Picking up plastic bottles, planting trees, and collecting rain water are only a few of these activities. A novelty about the schools on Mauritius is the morning ritual. Before class begins the students assemble on the schoolyard and sing the national anthem of the country. This is supposed to evoke a feeling of fellowship amongst the different peoples.

After school the children meet on the streets or on the beach. The boys play soccer or go snorkeling and dive for rare fish. The girls like to play singing games, ball games, or city-and-river games. Sack races are very popular as well. As soon as they can walk, the girls learn the traditional dances of the Indian immigrants. The girls really like to dance since their mothers then sew colorful costumes and majestic headdresses for them.

Mauritius is one of the richest areas in Africa. The economy of the island kingdom used to be based on the cultivation of sugarcane. This has changed in the past decades. Some companies began producing fabrics and textile products. Then, tourism was discovered. The beaches that are lined with palm trees attract thousands of visitors from all over the World every year. Many Mauritians find work in the tourism sector. Either in the hotels and holiday camps, in the diving schools, or as tourist guides. 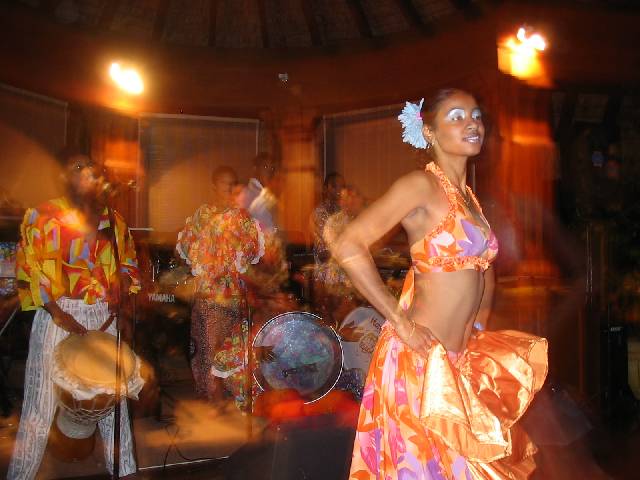 Since half of the Mauritians are Indians, they celebrate Hindu festivals like the Cavadee. In a procession the Mauritians carry the colorfully decorated sanctuary of the Hindus to the temple. After many weeks of fasting the believers puncture their faces with penance needles as a sign of faith. In March the inhabitants celebrate the Hindu festivity to honor the God Shiva. More than 300 000 Hindus dressed in white make a pilgrimage to the holy crater lake Grand Basin in the south of the island. They make sacrifices and complete ritual washing. A very lively celebration takes place in February: the abolition of slavery in the year of 1835. For centuries, slaves were transported from the mainland onto the island to be exploited as cheap labor. With dance and music, the end of the oppression is celebrated. Drum dancers play the music of the slaves in the streets and on the beach. Women dance to this music in colorful dresses. 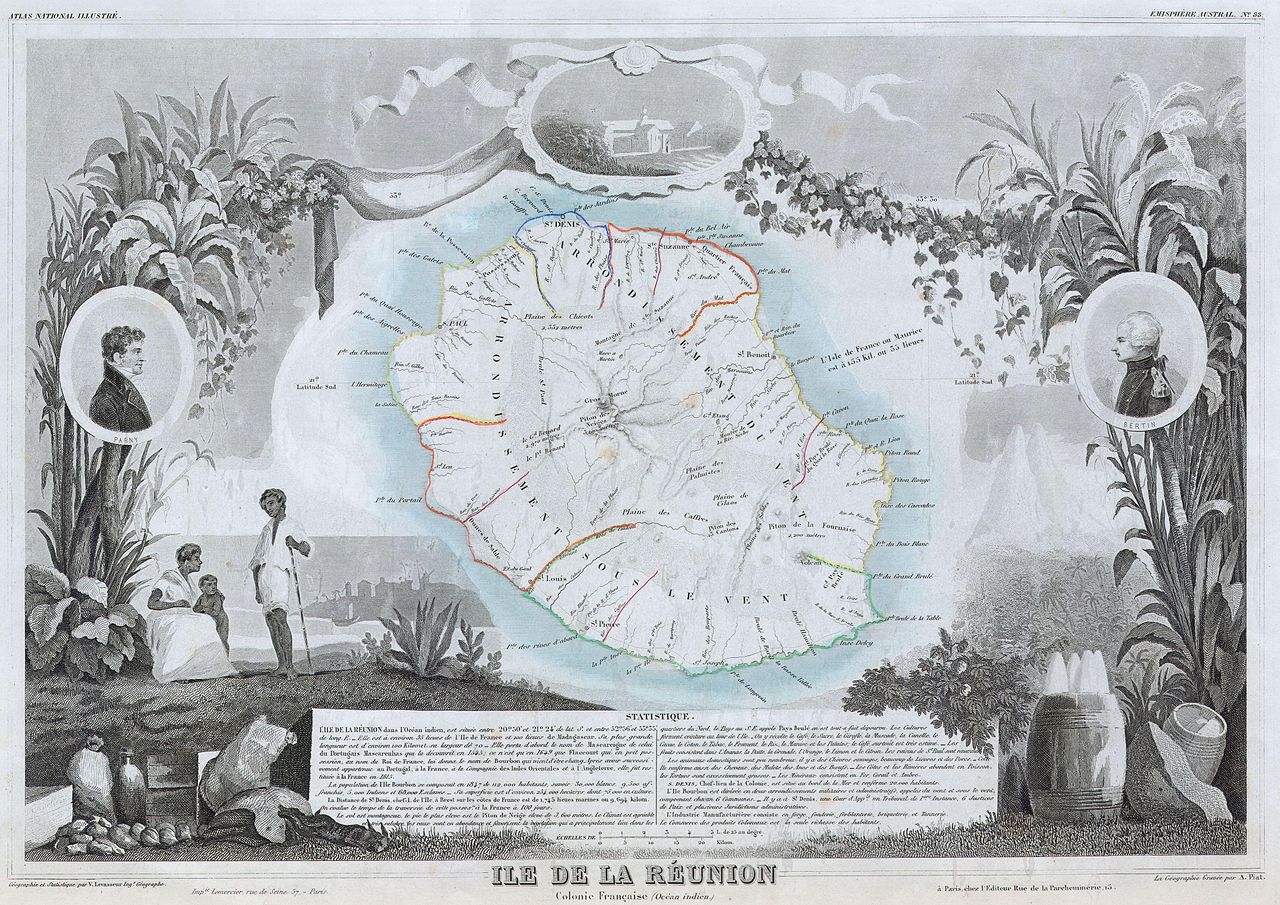 The first European seafarers arrived on the islands when they were exploring the marine route to India. In 1505 the Portuguese Pedro Mascarenhas arrived here. The Mascarene Islands have their name from him. The massive colonization did not take place until the Dutch arrived, who set up sugarcane plantations beginning in 1638. Many slaves were brought onto the island to work on the plantations. Their descendants make up the majority of Mauritians today. The Dutch controlled the island until 1710. After this, pirates took control of the island. They built several bases on the islands from which they hunted rich merchant ships that travelled from India to Europe. France fought against the pirates and finally was able to drive them off of Mauritius. In 1735 the French founded Port Louis which is Mauritius’ capital today. Their reign did not last very long though. 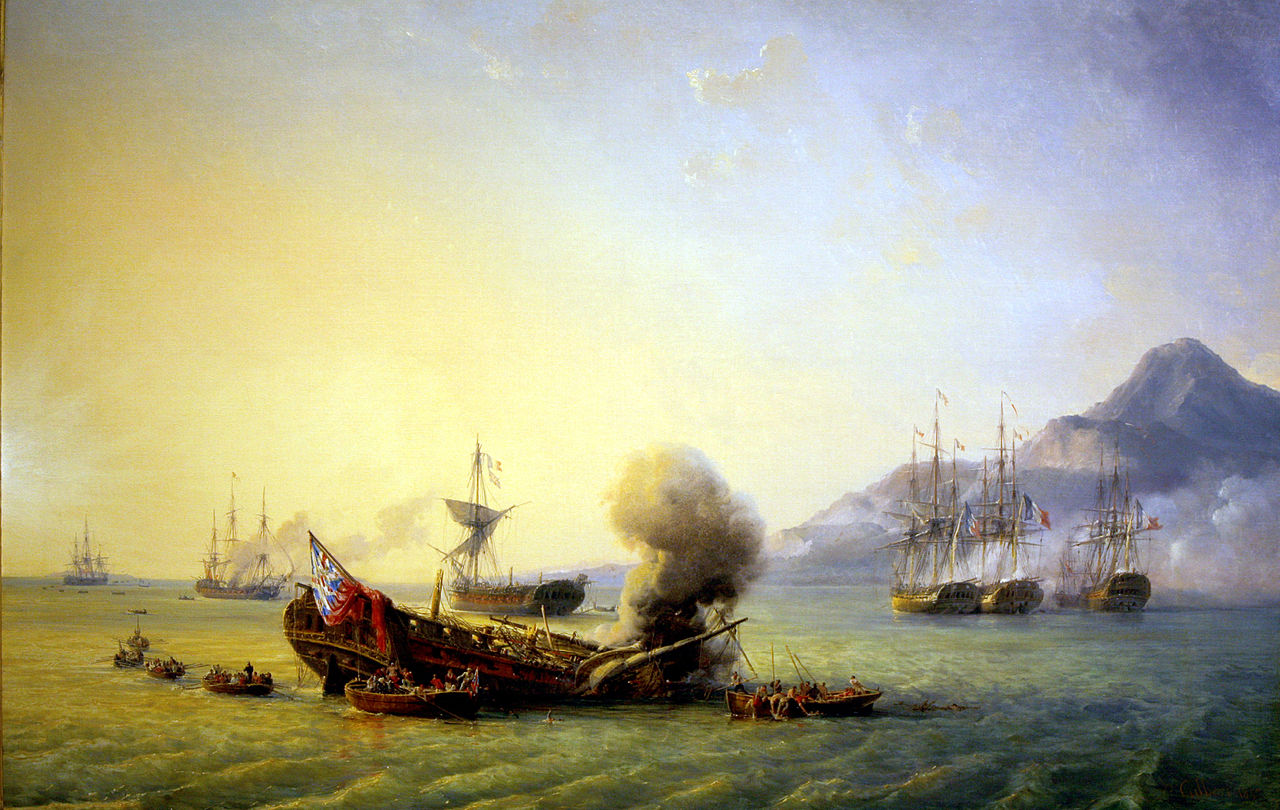 The British had already conquered many islands kingdoms in the Indian Ocean. In 1814 they also gained power over Mauritius and turned it into a British crown colony. The Blue Mauritius, one of the most valuable stamps today, was printed during this time period. In the 19th century more and more Indians emigrated to Mauritius. Today they are the largest group of inhabitants there. In 1968 Mauritius gained independence from Great Britain. Since then Mauritius belongs to Africa and is a parliamentary democracy. 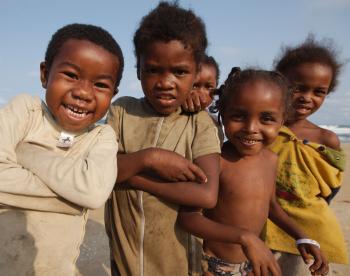 Because of its good economic development, Mauritius is an example of good governance. The country is politically stable. There are regular democratic elections, and the civil and human rights are protected. The health services do not only work for the top few percent but for the entire population. This is how Malaria and Polo were eradicated on the islands. Also very important: Everybody has access to clean drinking water. Unfortunately, the island paradise is endangered due to climate change. The inhabitants have recognized that the riches of nature have to be savored and protected and that everybody has to contribute a lot to this. The Mauritian government promotes all activities that help sustainable climate protection.