Central Africa and the tropical Rainforests

Tropical rainforests grow in central Africa, because it rains a lot close to the equator and it is tropically warm all year long. The rainforest extends along the equator, from the Guinea coast to the Congo Basin. 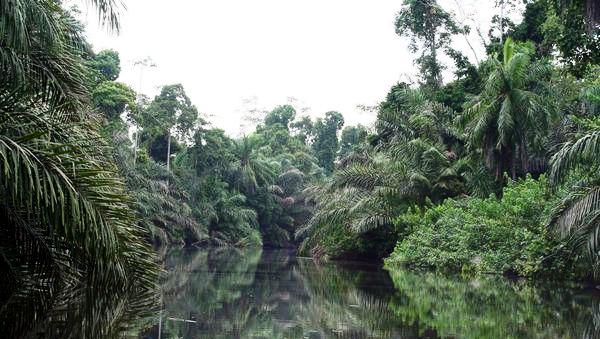 The rainforests came into being over the course of thousands of years and are the home to trees and plants that grow nowhere else in the world. If we don’t protect them, they will be lost forever.

The rainforest is Africa’s green Lung

The original rainforest is an evergreen wilderness. The trees, bushes, shrubs and the infinite tangles of vines cast their leaves at different times. That is why the forests are green all year long. In the rainforest, one feels really small, because many trees are gigantic. Some grow up to 100 metres high. Every tree forms its own biotope of plants and animals. Under the high trees grow smaller trees, so the sun barely shines all the way to the ground. Colourful blossoms, fruits and exotic flowers such as orchids flourish at the forest canopy.

The rainforest is an Animal Paradise

The rainforest is an animal paradise. All kinds of animal species can be found here, from the smallest to the largest. Forest elephants move through the jungle on star-shaped trails. Spiders and ants dominate the grounds. Yet, the rain forest is especially the realm of the monkeys, chimpanzees and guenons. The Virunga National Park is home to the rare mountain gorillas.

More on the animals of the rain forest 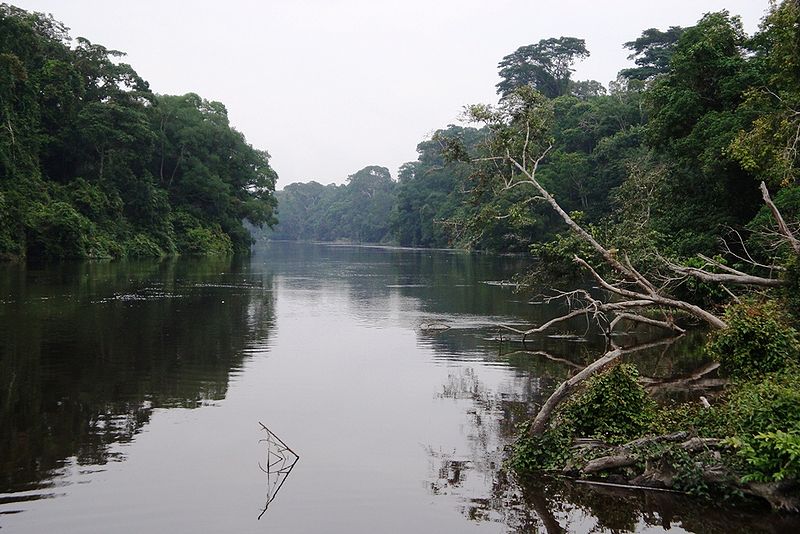 The biggest river in central Africa is the Congo River. On it’s way to the Atlantic Ocean, it flows through many countries and is the most important trade route in the heart of Africa. On the river, goods from the interior of the continent are transported to the Atlantic Ocean. River nomads, who live on ships and live off trading, live on the river.

The Pygmies, the clever nomads of the rain forest 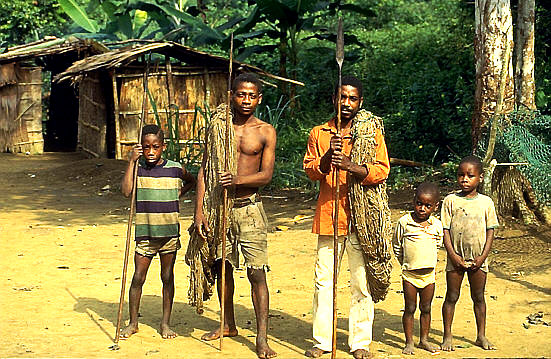 The Pygmies live in the rain forest. They are a nomad people and only live at the same place for a couple of months, then they move on. Pygmies aren’t taller than about 1,40 metres. They possess excellent knowledge about the plants and animals of the jungle. The Pygmies call themselves “fire people”.