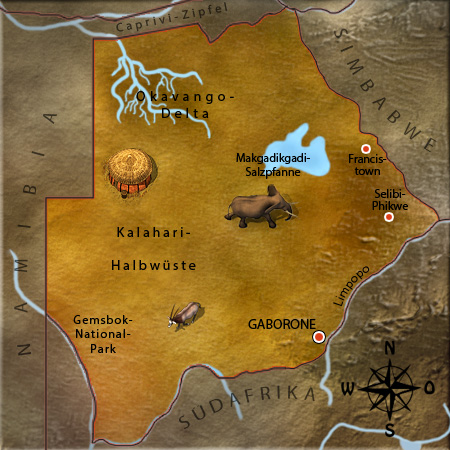 Dumela, welcome to Botswana, the country in Southern Africa with an impressing wildlife.

Botswana is a landlocked country in southern Africa. With its red soils, it's a part of the large Kalahari Desert.

Botswana lies north of South Africa. In the west, Botswana shares a border with Namibia and Zimbabwe. The Zambezi river forms a natural border between Botswana and Zambia. Within the country itself, however, there are no perennial rivers.  This is why very few people live in the semi-desert plains of Botswana. Water scarcity has been determining the lives of people and animals for thousands of years.

For comparison: Although Botswana is as big as France, it only has about two million people, making it one of the most thinly populated regions on earth.

The Okavango Delta lies in the north-west of Botswana. The further south you go, the more of the Kalahri Desert you will see. Most of the people settle in the hills in the east of Botswana, as it rains here more than it does in other areas of the country. Many larger villages and settlements are strung together here. Countless Salt pans lie in the east and grasses and bushes grow around them. The ground here is rich in minerals. This attracts many animals, as here they can satisfy their mineral needs.

The Okavango creates a natural wonder- unlike other rivers. It does not flow into the ocean, but instead trickles away into the Kalahari. During the rainy season, the Okavango floods the Kalahri Basin and transforms the dust-dry savanna into a terrific spectacle. Great thunder storms rage over the plains und the zebra and wildebeest herds move across the endless plains towards the Okavango Delta.

More on the animals in the Okavango Delta

Gaborone, the Capital of Botswana

The capital of Botswana is the fastest growing city in the world. Gaborone got its name from the chief Kgosi Gaberone, who founded the city 120 years ago. In 1965, the city had only 1000 inhabitants. Since it was made the capital city of Botswana, the population has grown to almost 250 000 inhabitants.

Botswana- the Land of the Tswana 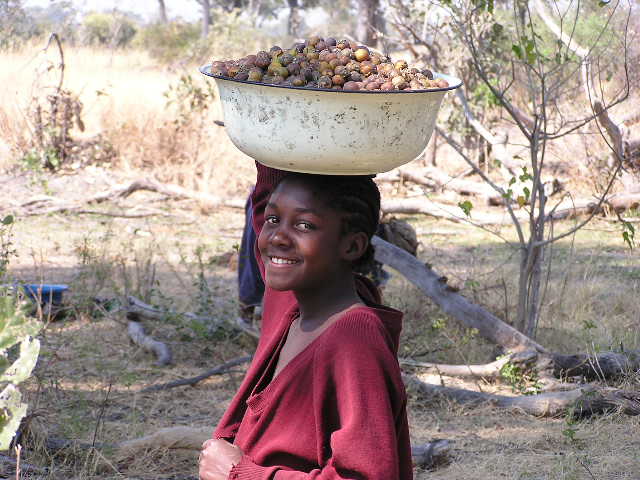 Botswana is the land of the Tswana people. The country used to be called Bechuanaland. Many San people also live here and they are in fact the oldest folk of the Bushveld. They used to live in the savanna regions in southern Africa, but because of the bantu, a rural folk who immigrated from the Congo Basin, the San people had to move back into the Kalahri. The Kalahari is now their hunting territory and their home.

More animals live in Botswana than people. A third of the land is a nature reserve. Here you can see elefants, giraffes, zebras, hippos, buffalos, hyaenas, african wild dogs, gazelles, meerkats, lions, rhinos und several ape species, such as baboons and guenons. Once a year, the Okavango River creates a true paradise for animals in the Kalahari.

For many years Botswana was a role model for other african countries. There were no civil wars and the country was wealthy. The discovery of diamonds was good for many of the Tswana, as the population grew richer and the government invested more money in education. The children in Botswana are to this day doing reasonably well- almost every child attends school from the age of 6 and the schools are free. For the San, however, the discovery of diamonds in their hunting territory was a disaster. In a mass resettlment, the hunter-gatherers were transported to Ghanzi, a desolate region on the edge of the semi-desert. The public authorities of Gaborone justified this as a measure to improve the living conditions of the native inhabitants. The real reason for this forceful relocation of the San was the mining of diamonds.

The oldest Settlements in Botswana

The history of Botswana is as old as humanity itself. Archaeological evidence shows that there were human settlements 100 000 years ago. The original inhabitants were the San, who were hunter-gatherers and the Khoikhoi, who raised cattle. The rock art of the San people is the oldest in southern Africa. During the mass migration between 300 and 400 B.C, the Bantu people settled in Botswana. They knew how to work iron and so could produce sharp iron spears, which gave them an advantage over the southern people. They forced the San and the Khoikhoi out and settled on the outskirts of the Kalahari. 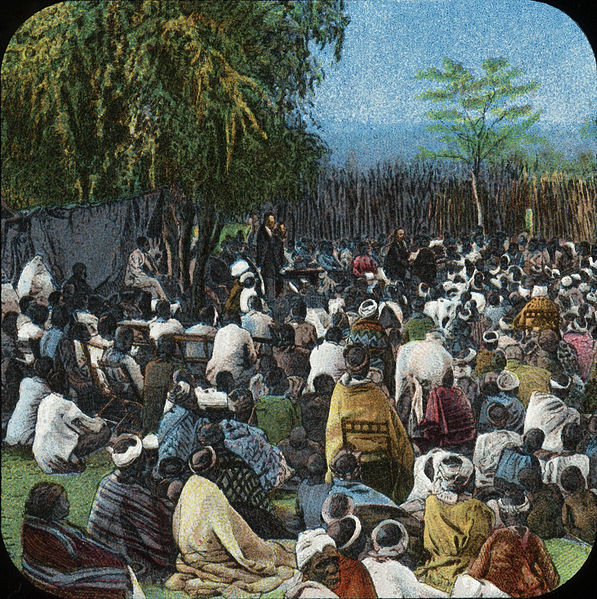 The colonisation of the former Bechuanaland began with the arrival of English missionaries and the Boer (Dutch settlers). The chief of the Tswana sought protection from the British. This, however, was a double-edged sword as the british protectors exercised more and more influence over the native people. At the beginning of the 20th century, the african people fought for their independence from Europe. Freedom fighters from Botswana also fought and in 1966 Botswana received their indepence from England. 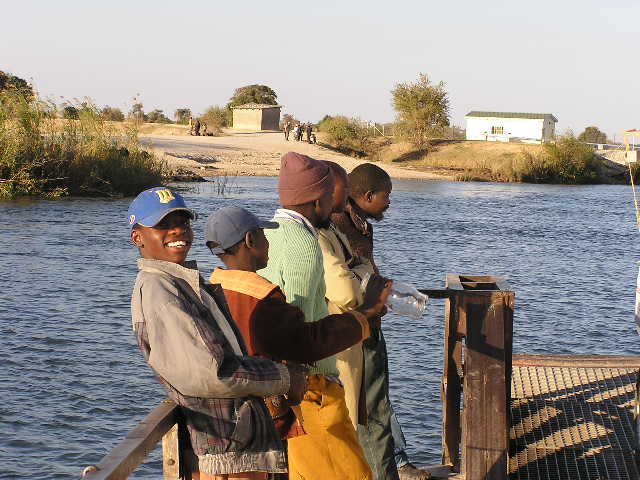 Botswana is a beautiful country, the peoples are proud of their wildlife and do much to protect it. But they couldn't cope with the desease, caused by the virus Aids. Many people in Botswana suffer from Aids. The country is wealthy and has enough money to fight the epidemic, but only recently the politicians have started to change their way of thinking and protecting themselves. They are starting awareness campaigns, but still too few Aids victims are being treated with the neccesary medicine. The growing gap between the rich and poor is also creating problems for the country.

Fairytales and Stories from Botswana

The Tswana and San people tell many stories about the animal kingdom. One of them is called 'Elefant and Rain'. The story is about a boisterous elefant, who picks a fight with the rain spirit. Could this end well?