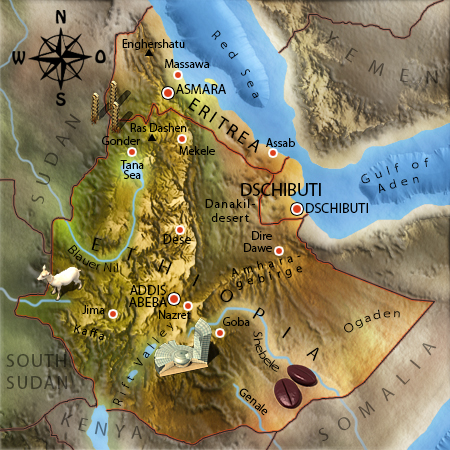 Marhaban, welcome to Djibouti,  a small country in east Africa with a glorious history.

Djibouti is a small republic, situated right on top of the Horn of Africa. The land is covered by dry savannas and desert.

Djibouti's coastal line stretches from the Red Sea to the Indian Ocean. North of Djibouti lies Eritrea and in the south Somalia. To the west Ethiopia extends. In former times, Djibouti used to lay under the surface of the ocean, which can be proven by coral reefs. It is mainly covered by deserts. 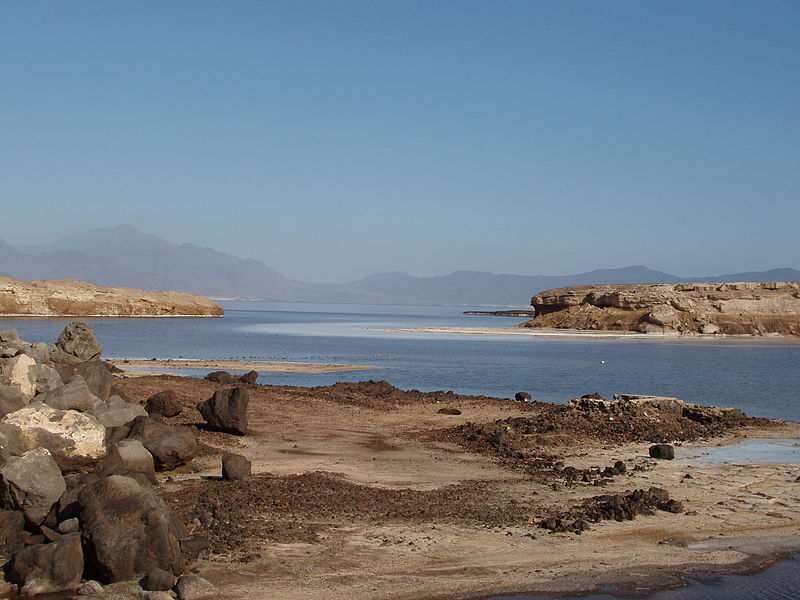 Djibouti is a country full of opposites; harsh volcanic mounatin ranges, salt lakes, and picturesque beaches with unique diving areas. Due to the volcanoes the scenery looks very wild and primeval. The volcano Ardoukoba did not exist untill 1978 and is thus the youngest volcano. In the north the rough Danakil Mountains extend. They belong to the most solitary places on Earth. The largest lake in Djibouti is the Lake Assal in the center of the country. It is also the lowest point in Africa. Its surface lies 150 m under the ocean. 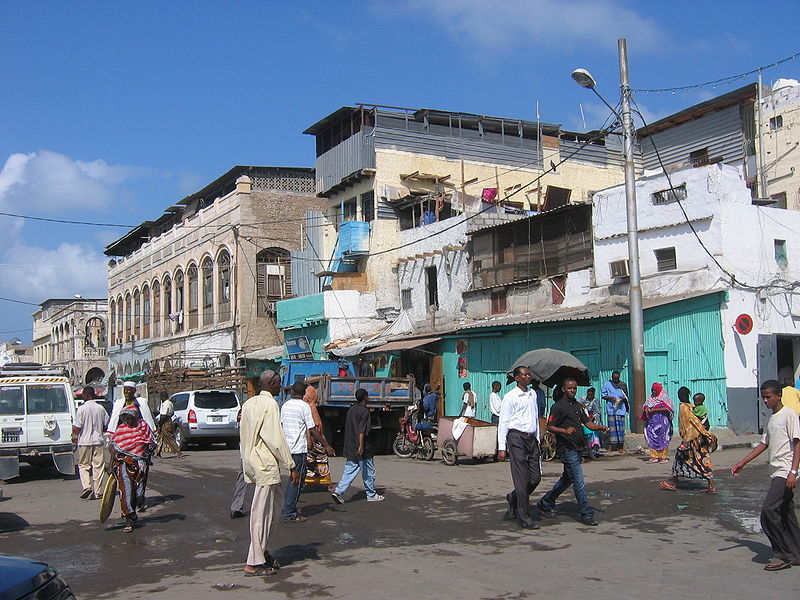 Djibouti is the largest city of the country with approximately 600 000 inhabitants. More than half of all Djiboutians live here. The seaport is huge, it lies near the world's most frequented shipping lanes. The sea port was founded in 1888 by the French, who had leased the land from the former sultanates. Soon a railway line to Addis Abeba was built. This is why the city became one of the most important ports for Ethiopia, which has no direct connection to the Red Sea. Some parts of the city are still marked by the colonial era but most of it has been redone in a modern fashion. In 1989 a flood ruined most of the city and a large part had to be rebuilt. Today Djibouti is a very modern town with a busy seaport. It is surrounded by desert, but its beautiful, sandy beaches are a tourist attraction. 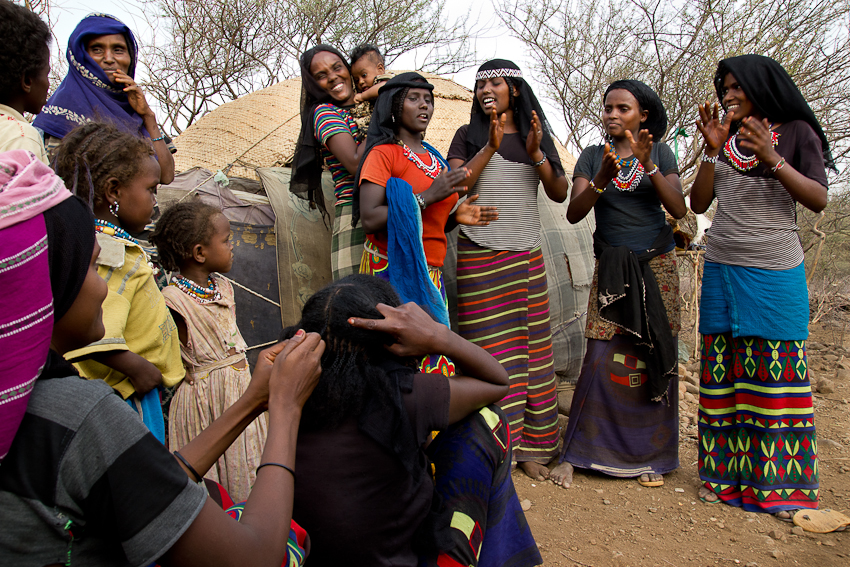 Djibouti is probably a word from the language of the Afar, a pastoral people in the north of the republic. It refers to a mat of hemp fibers. Also the Somali, a peasant people, live in Djibouti. The Afar enjoy their nomadic life. They are organized into clan families. They live in tents that can be easily set up. The women like to dance and to make music. The boys and the men are reputed for their martial prowess. The official language is french and arabic. Next to the official languages, the traditional language of both the peoples is spoken. About half the population is of islamic belief, a small part is catholic.

The schools in Djibouti are tightly organized and quite similar to the French school system. Nevertheless, there is no compulsary school attendance like in France. This is why a third of the population cannot read or write. Attending scool is no fun for many children in Djibouti, because they have to learn their lessons in a foreign language. In catholic and public schools class takes place in french, in madrassas pupils are trained in arabic. The small republic only has 80 elementary schools, 12 high schools, and two professional schools. This is far too few schools to teach all the children. 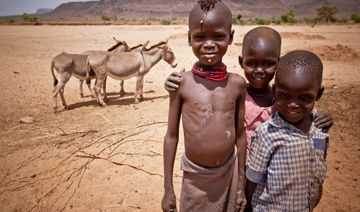 What do children play in a country that is constantly dry and where only the bare necessities exist? Luckily children are creative. They tinker and build toys, like soccer balls, from simple materials such as sand, plastic bags, and rubber bands. While the boys play soccer the girls play basketball. The pastoralists play the “bean game”, because all you need is sand and dried beans.

The majority of the popoulation lives off services. For example many men work in the transportation section, on constructions sites, or in the sea port of Djibouti City. Only few people can feed themselves by working in the agricultural sector. Only nine percent of Djibouti’s area can be agriculturally used. Most food is imported. The government has bought farmland in other countries such as Malawi in order to be not dependent on the world market price for food products. 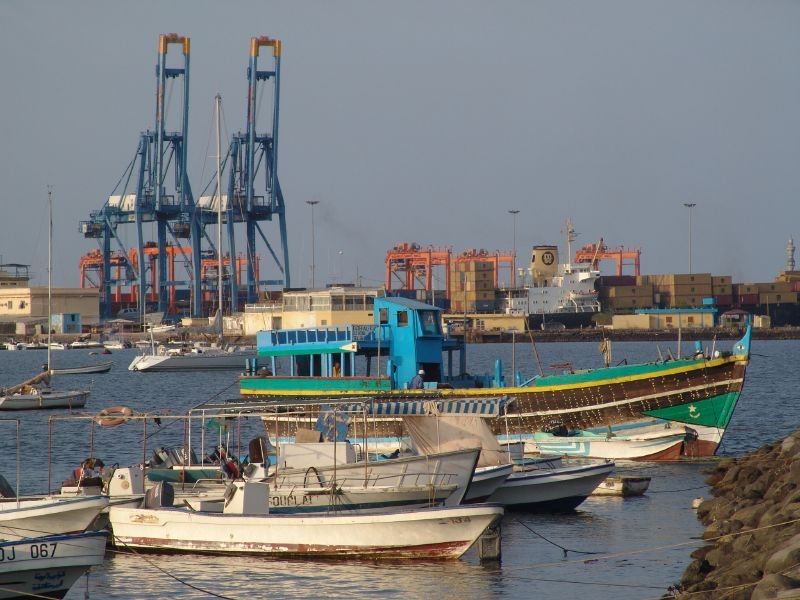 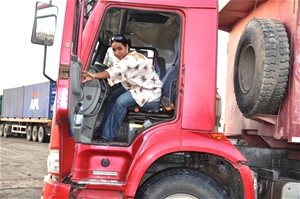 Salt is the most important resource of Djibouti. Since the Middle Ages the Afar claim the right that only they can produce Salt. It is strenuous work that is also done by children. The largest buyer of the “white gold” is Djiboutis neighbor Ethiopia. Djibouti used to be a French colony, which is why even today the French still have large military bases that contribute to the income of the country.

In the dryness of Djibouti there live gazelles, antelopes, zebras, hyenas, and jackals. Smaller animals such as scorpions, spiders, snakes, and lizards find perfect living conditions in the sandy grounds. In Lake Abbe, which is in the southwestern part of the republic, also ibises, pelicans, and especially the colorful flamingos can be found.

More on animals of the Sahel. 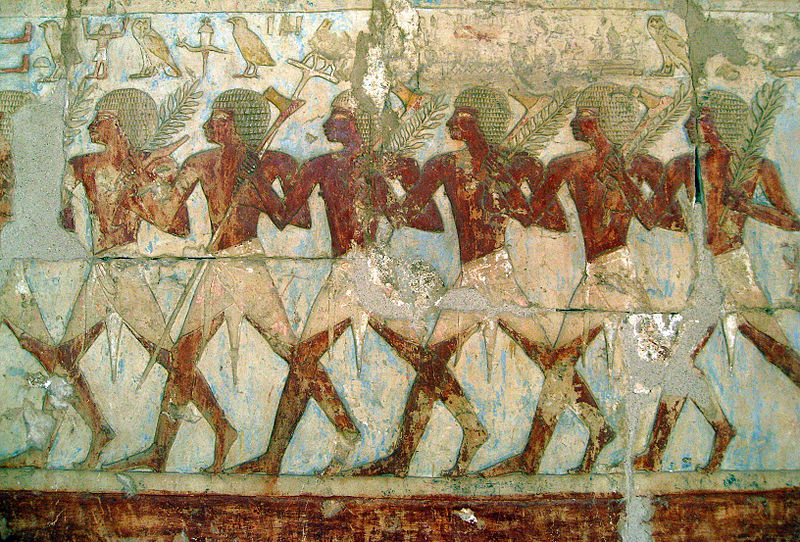 The Afar know the oldest stories of the land. Millennea ago their country belonged to the Land of Punt, which was famous for its riches in gold, ivory, animals, luxury goods, and rare spices. Their goods were in high demand in the ancient Egypt, India, and China. The Pharao Hatschepsut even sent her troops to Punt, to get some of the prized goods. Arabic merchants conquered the coasts of East Africa between the 7th and 10th century. During this time Djibouti was occupied and then ruled by Arab Sultans. The large number of mosques are a reminder of the time, when the nomadic peoples were islamized. Centuries later the first European ships docked on the coast of Djibouti. 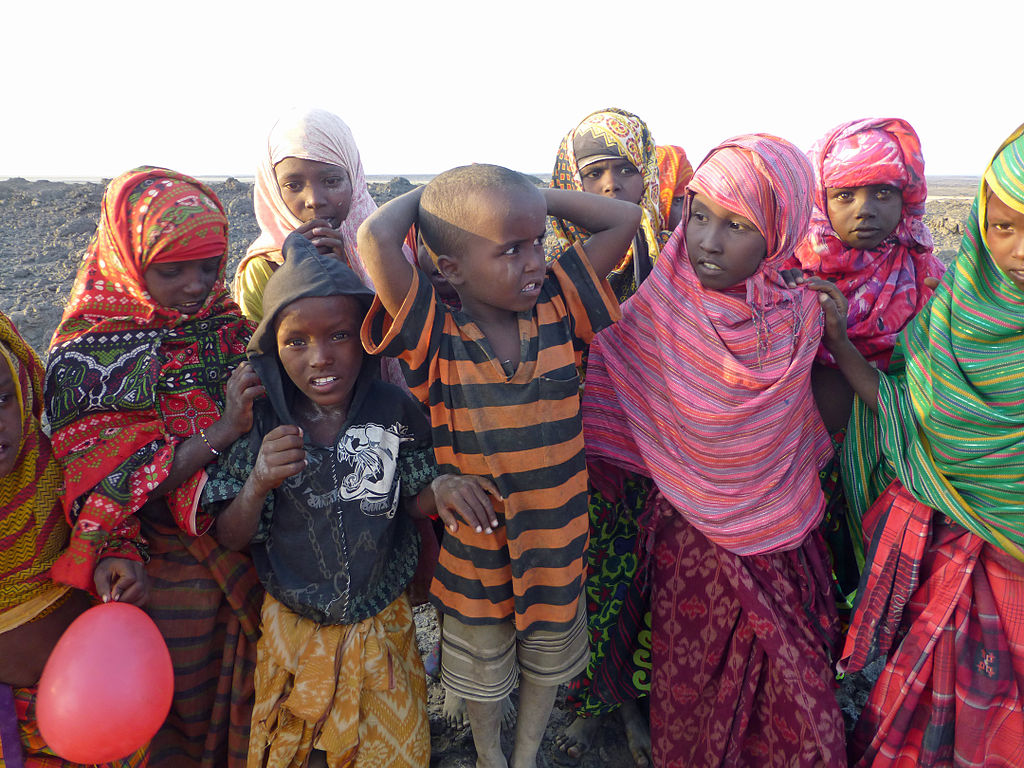 Djibouti is confined between Somalia, Eritrea, and Ethiopia. In these neighbouring countries unrests keep coming up. In comparison the small Djibouti is a stable country. It is a presidential republic. The president is voted by the public and is in charge for six years. He is commander in chief of the armed forces and thus has the most power. Because Djibouti is in the Sahel-Zone it is very dry and the people are poor. Unfortunately, many are unemployed. Therefore, many farmers move from the countryside into the cities. They often can’t find work there either, which is why almost half the population live in slums. One of the biggest tasks for the government is to improve the education and to create jobs.