East Africa and the savannas

What is the first thing that comes in your mind when you think about Africa? Surely you think about giraffes, lions or elephants, animals, which we only know from zoos. They live in vast savannas of Africa. Savannas are grasslands, which extend on both sides of tropical rainforests. They run from Kenya to Tanzania to southern Africa.

In the grasslands, you can only occasionally find bushes and trees. Nature has arranged them in a specific pattern. Why nature did that, is her secret. Wide savannah areas are under conservation today, to preserve the living environment of the gnu-, buffalo- and zebra herds. 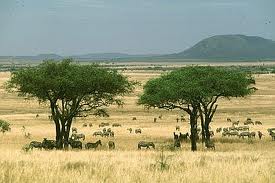 The savannah is defined by a rainy season and a dry season. In the hot dry season, the grass withers and the bushes become leafless. Fierce lightning set fire to the bushes and trees. After that, the rain helps the savannah to blossom again.  The land becomes fertile again and all animals find enough to eat. That is why once a year the migration of the animal herds takes place. Thousands of zebras, gnus and buffaloes move through the savannahs to follow the rain and the fruitful grass.

The animals of the savannah

The savannah is a paradise for big and small animals. Carnivores, herbivores and insectivores find enough food here. For herbivores like gnus, antelopes or zebras the savannah is a dangerous place, because there are barely any hiding places. For kilometres on end, the land is open. That is why they live in big herds, to protect themselves from predators. While the others graze, some animals keep watch and warn the herd, if a lion or leopard approaches.

More on Animals of the Savannah 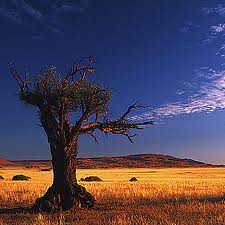 A typical tree for the savannah is the baobab tree, which is also called monkey-bread tree. Its flowers attract bats that pollinate them. The fruit from its elongated pods can be eaten or juice can be made out of it. The baobab tree can save up hundreds of litres of water in its stem and helps animals and humans to survive dry season. Along the east African coast are some of the oldest baobab trees; some of them are older than 2000 years.

Termite hills in the savannah 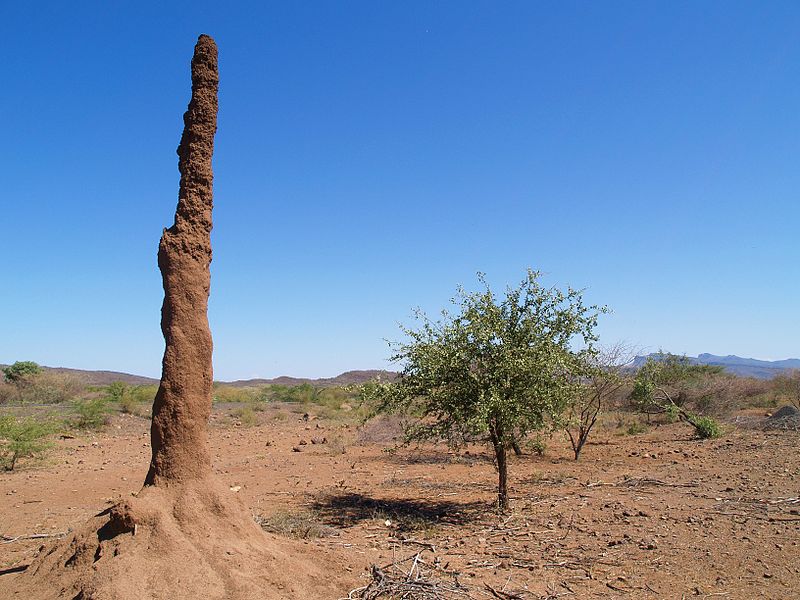 Termites are the small kings of the savannah. The insects live in large states and are important for the savannah, because they deconstruct dead plants. They create underground corridors and tunnels and by that, aerate the grounds. Everywhere in the savannah, steeply grown termite hills can be seen.

The Masai – a people of the savannah 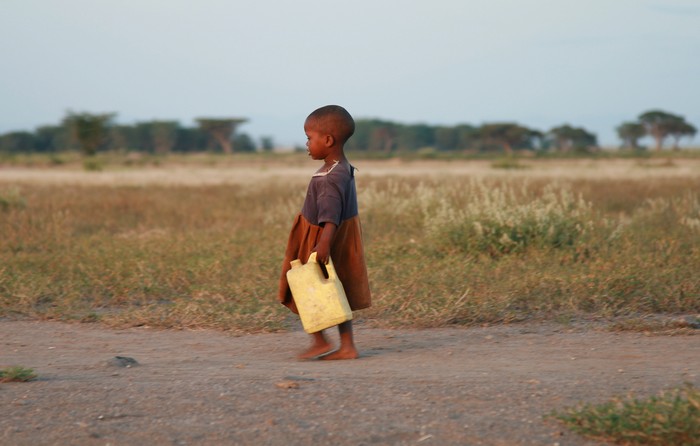 The migratory area of the Masai extends between Kenya and Tanzania. The Masai are a pastoral tribe, that, along with their cattle herds, move to areas, where the rain enables the grass to grow. The more cattle a Masai owns, the more respected he is. That is why everyone tries to enlarge their herds. It can thus happen that the pasture area becomes too small or water too scarce. From a young age, the Masai children help and fetch water or herd the calves.