In some East African countries Santa Claus is on the road bringing gifts to the children. He comes not before Christmas Eve. He goes by horse, by motorcycle or by camel. At that time it is pretty hot in Eastern Africa, but the men with the red caps try to keep cool. Though it is summer time in Kenya the children believe, that Santa Claus comes from the north pole. 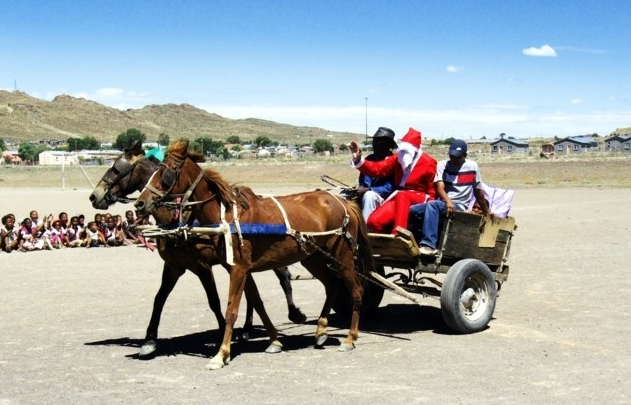 Christmas in a Tanzanian Town

The days before Christmas are very exciting. There is much to prepare for the holiday season. The children are cleaning and decorating the house while their parents rush over the markets to buy a goat or a chicken, vegetables and spices. Especially in Dar es Salaam, Tanzania’s largest city Christmas is a magical time. The streets and malls are decorated with flowers, plastic trees and plastic Santas. Christmas is celebrated on December 25th with carols by candle light. Toys are not a big deal in Tanzania. Children are not so much used to toys like in Europe. To get a new dress is a big gift to children. Locals go out to amusements parks and musical gatherings.

Christmas in a Kenyan Village 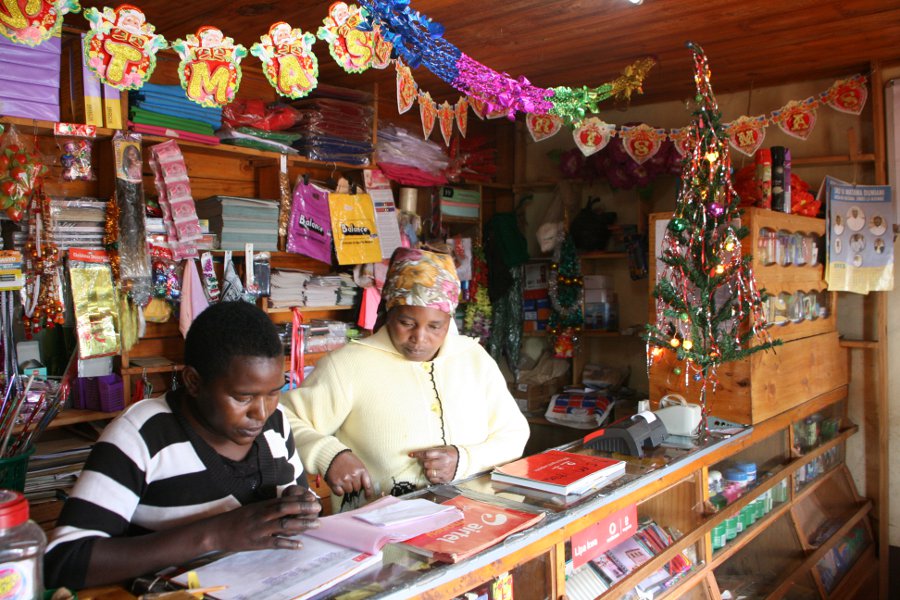 At Christmas the streets of Kenya and Tanzania are crowded. People who work in the cities are heading home to their relatives in the villages. On Christmas Eve the villagers gather in the church to celebrate a special midnight mass. The children play Christmas Games. After church the children go from house to house and collect gifts such as fruit, sweets, nuts and even small living animals. More and more older ones join the childrens' parade and sing and dance until dawn. The foto on the left shows a phone shop in Uwemba.

Many thanks  Ndetikiro Temu for your infos on a Tanzanian Christmas!