Racial segregation began, when the Brits declared South Africa their colony. They dispatched armies and administrators, who abolished slavery. However, they treated the black population as second-class citizens.

The racist Regime of Apartheid 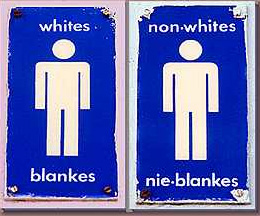 In 1910, the white politicians founded the ‘South African Union’. As of that time 4 million white people decided on 41 million Blacks! They decided that Blacks should only do servile work. Furthermore, they banned the Blacks into dull settlement zones, the so-called Homelands, while they snaffled the fertile areas for themselves. In 1948, the situation worsened even more. The government established the Apartheid Laws and made the Black population foreigners in their own land. The word Apartheid comes from Afrikaans, the language of the Dutch immigrants and means segregation.

Resistance against the Apartheid 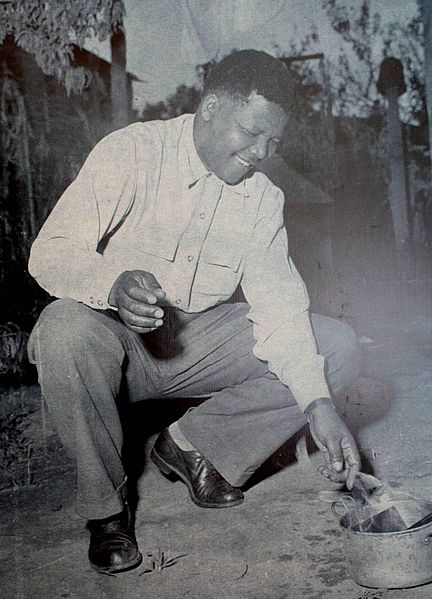 Ever since the beginning of the Apartheid black people agitated against it, as the racial segregation was unfair and degrading. With the tighter laws on racial segregation, the Black population became more and more angry. Black members of the resistance founded a party called the African National Congress. They organised protest marches, damaged government buildings and sabotaged industrial firms. Every Black person, who was arrested in doing so, was severely punished. One of those resistance fighters was the Black lawyer Nelson Mandela. He was courageous and determined; he delivered good speeches and was popular. Soon he became a driving force of the armed resistance. The white government declared him an enemy of the state and had him chased mercilessly. Eventually, he was arrested and was sentenced to life imprisonment. Nevertheless, the resistance continued, even abroad the number of protests against the Apartheid grew. In 1990, the government was forced to abolish the laws of Apartheid. Parties of Black politicians were allowed again. Nelson Mandela and other freedom fighters were released from prison. 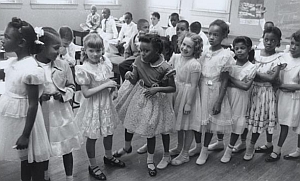 South Africa had been independent since 1961. Yet, real independence began with the abolishment of the Apartheid. In 1994, the first democratic elections were held, and Nelson Mandela was elected the first black president. A new constitution was written, which said that all citizens are equal before the law. A lot has yet to be improved, until the Black population is coequal with the white population in terms of education, income and political participation. However, South Africa is headed in the right direction.