Since primeval time, South Africa had been the land of the Khoikhoi and the Bush People, the hunters of the Savannah. Between 200 and 600 BC, the Bantu People invaded the south. The Bantu People were farmers and cattle breeders, who built settlements and worked the lands. They usurped the natives. Their iron spears were superior to the arrows of the Bush People. However, a similar fate was imminent for the Bantu People, when European settlers invaded South Africa. The guns of the Europeans were superior to the iron spears of the Zulu people. 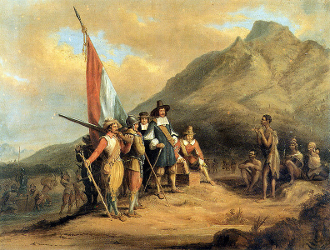 In the 15th century, European discoverers came ashore the southern coasts of Africa. The Portuguese Bartolomeu Dias was the first to explore the coastal area. In 1487, he anchored on the Walvis Bay, In 1652, the Dutchman Jan van Riebeeck entered South Africa’s grounds. At the Cape of Good Hope, he founded a supply post for the ships of the Dutch East India Company. Along with the traders, the first settlers also came from the Netherlands. They were farmers and called themselves Boers. They believed that the African land was God’s gift to them. Since then, for more than three and a half centuries, suspiciousness and violence prevailed between the black peoples and the white settlers.

The Colonisation of South Africa 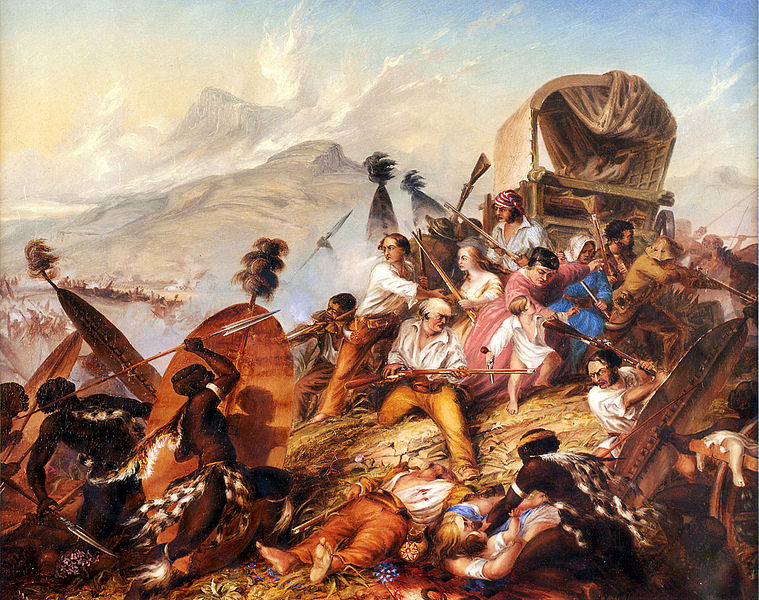 The Dutch settlers expelled the black peoples and occupied the fertile land to the southwest. They named the territory the Cape Region. Mid 19th century, the Brits found their way into South Africa. They fought two wars against the Boers and conquered the Cape Region. The Boers had to yield. On the Great Trek they moved northwards, into the territory of the black pastoral tribes. The Zulu and the Xhosa attacked them and killed many white settlers. The colonists struck back and took revenge. They forced the attackers into slavery. On the left picture you see zulu worriors attacking Aafricans on the trek. 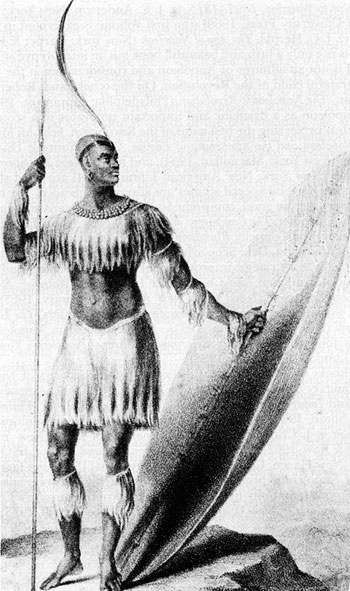 The black peoples had no common plan. Every tribe had to defend himself against the European intruders. Among these tribes were the Xhosa, the Zulu and the Ndebele. The most famous warrior was Shaka Zulu. He built up a powerful army and subjected other tribes. That way, in the 19th century, he made the Zulu the predominant tribe in the South. His mighty kingdom even became a threat to the British armies. Shaka won a number of fights against the white intruders, since his battle plans were clever and bold. However, in the long run, his weapons were inferior to the modern guns of the Brits. Droughts and famines deteriorated the strength of his armies. In this way, the Brits were able to gain the upper hand. They killed the leaders of the African realms or imprisoned them. Afterwards, in 1881, they could declare the whole of South Africa as their colony and were thus able to exploit the rich diamond and gold mines of the country. On the right you see Shaka Zulu in his uniform.

The rise and fall of Apartheid