It was a cold winterday in South Africa, when Nelson Mandela was born on 18 July 1918. A cold wind was blowing around the huts in the village Mvezo. Gadla Mandela, chief in Mvezo, held his youngest son in his arms and called him Rolihlahla (Roli-scha-scha), a Xhosa name which means "pulling the branch of a tree" or simply "troublemaker". 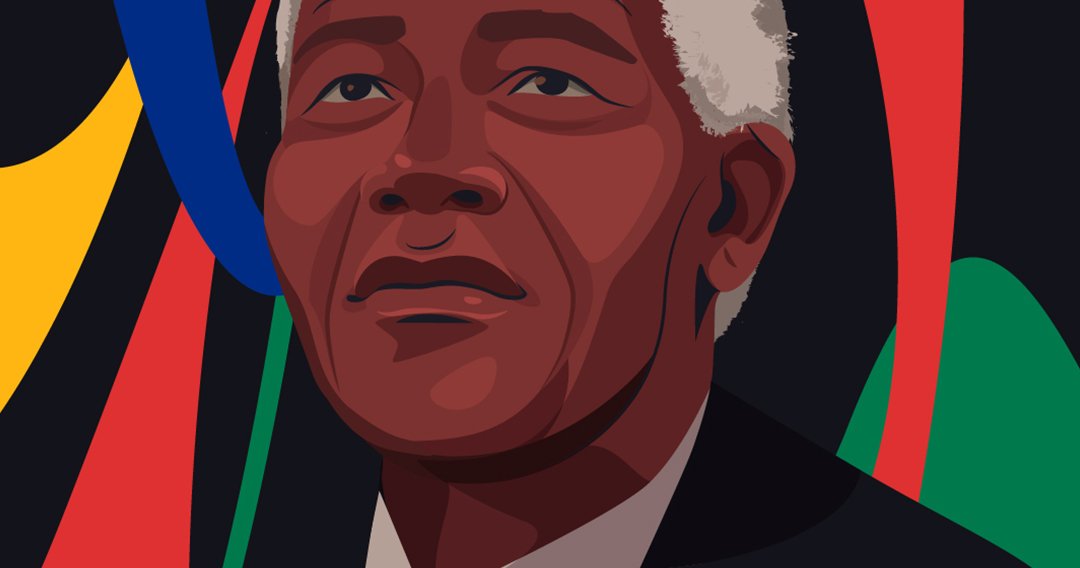 South Africa was under British colonial rule at that time. It was a bad time for the black peoples. Their rights were ignored and they were suppressed. Nelson's father also felt the arrogance of the British colonial administration. Did he know, what the name would mean to his youngest son? Indeed, the troublemaker Nelson Mandela became the most important freedom fighter in Africa, and probably in the world. 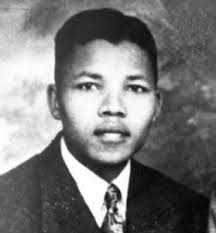 Nelson Mandela grew up with 12 siblings in modest prosperity. After a dispute with the colonial administrator his father loses his job. The family has to leave the village and loses its fortune. Soon after Gadla Mandela dies and leaves his family in abject poverty. Nelson Mandela is 9 years old. He is adopted by the chief of the Thembu, a people of the Xhosa. He learns the principle from the chief "Defeat your opponents, but do not dishonor them." Nelson loves to restle with his friends, later he becomes a boxer and is aapreciated as a fair fighter. 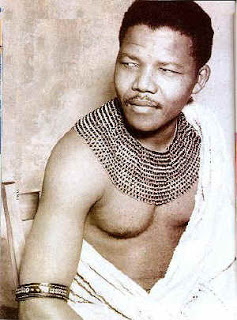 On his first day of school, he was given the name Nelson by his teacher. Giving children in South Africa English names was a custom among Africans during colonial times. He attended school and later college at the College of Fort Hare. At the college he is determined to be a leader. He takes part in a student revolt and is renegated. At the University of Witwatersrand, Mandela would meet some of his fellow activists against apartheid. Here, too, he takes on a leading role. To the left you see Nelson Mandela in a traditonal attire.

In 1941, Nelson Mandela flees to Johannesburg to escape an arranged marriage. Racial segregation dominates the town . Blacks are marginalized, they can not sit on benches for whites, they are not allowed to use restrooms for whites, and they cannot visit restaurants for whites. They have only a limited right to vote. Together with his comrads Nelson Mandela founds the youth organization of the African National Congress, ANC. He is pushing hard for the congress and the protesters to follow Mohanda Gandhi's non-violence approach.  Thousands take part and thousands are arrested. The Sharpville massacre in 1960 makes a change. 69 protesters and students are killed by the police. Nelson Mandela gets a training as a guerrilla fighter and starts up an armed branch of the ANC. He plans to bomb buildings, but he wants to make sure that no one will be hurt. He is classified as a terrorist by the South African government and sentenced to life in prison. 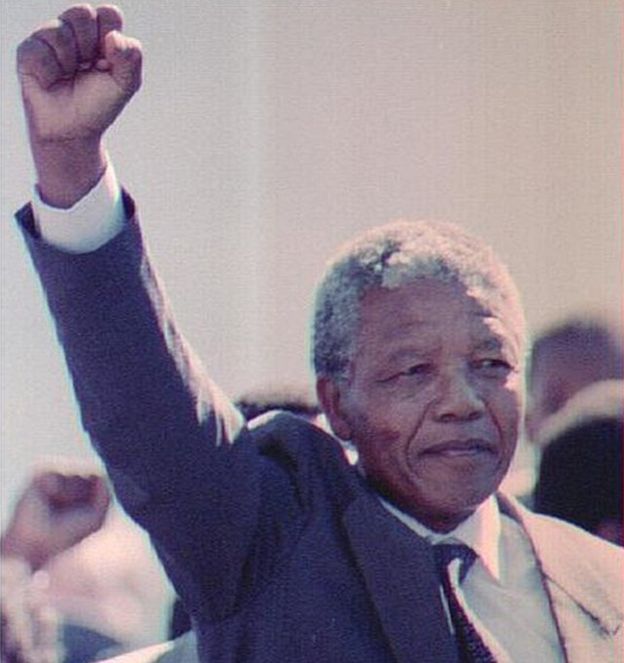 He is sent to Robben Island. He refuses to bend on his principals in order to be released and states that he would die for his ideals. His prison sentence brought international visibility to the anti-apartheid movement. Finally, in 1990, he is released after 27 years in prison. He leaves the prison with his fist raised welcomed by thousands of South Africans. He is determined to continue fighting and to end apartheid. In 1993 he received the Nobel Peace Prize with former State President of South Africa, Frederik Willem de Klerk. One year later his life long effort is paying off when all races are allowed to vote in the 1994 election. Nelson Mandela wins the election and becomes president of South Africa. He devotes his presidency to reconcile the peoples of South Africa. Mandela lives simply, donating one third of his wealth to the Nelson Mandela Children's Fund, which he founded. On 5 December 2013 Nelson Mandela dies at his home at Houghton Estate, Johannesburg, aged 95. His most important message was: "Education is the most powerful weapon which you can use to change the world". Through his fight for freedom he has changed the lives of millions.

We wish you an exciting holiday season

Yours, Angelika and the team of afrika-junior

More on the History of Apartheid

Watch a Movie about the Life of Nelson Mandela