What happened in Africa in 2017? Have there been improvements for families and children? And what will bring the new year for African children? 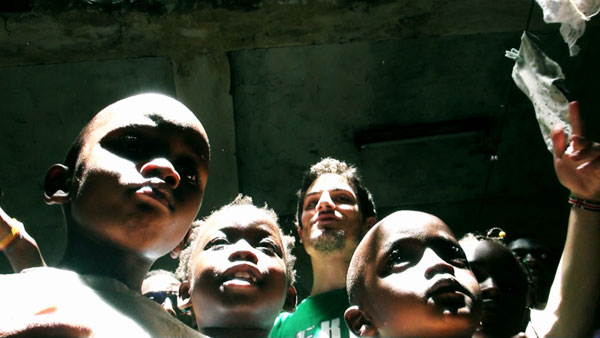 Some of the good events

° After 3 years in captivity 82 chibok girls were released by the islamistic terror group Boko Haram.

° In Gambia it was the first time that power was peacefully passed from one leader to another.

° Ghana sent its first satellite - the GhanaSat1 - into space from the International Space Station.

° Simbabwe: Robert Mugabe has resigned from the presidency. Zimbabweans were celebrating as Robert Mugabe's 37-years rule came to an end.

° In Gabun the African Cup of Nations took Place. The winner was the national football team of Cameroon, the indomitable Lions. They will compete against Germany in the World Cup 2018.

Some of the bad events

° Civil war in South Sudan forced more than one million people to leave their country and seek shelter in neighbouring Uganda.

° Some countries in East Africa experienced a heavy drought in 2017. Because of the climate change droughts in East Africa are becoming more frequent and more devastating. Three consecutive seasons of drought have scorched harvests and ruined  livelyhoods. Families were forced to leave their homes to search for food and water.

° One of the best events in 2017 was a meeting of politicians from Africa and Europe in Ivory Coast. The politicans announced that more money shall be spent to improve the economic opportunities for young people.  Hopefully politicans listen more to the voices of African children and young people.

° Day of the African Child in June 16: More than 100 events in more than 40 countries were held around the world to promote child rights. A campaign to end child marriage across Africa was launched by the African Union.

Angelika and the team of africa-junior wish you happiness, good cheer, and sweet surprises for each day of the new year!

Preview: Visit us next month and learn more about wolves and apes!