If you want to discover Africa's fantastic animal world, you must watch this video. You can see the various animals in the savanna and the forests and you can learn more about their special abilities, their features and other interesting facts. (c) All Things Animal TV 16:25

Lion mothers seperate themselves with their new born babies from the pride for 16 to 18 weeks. After being hidden away by her mother, a young lion cub joins the nursery group of her pride. Meeting the other babies for the first time und team up with them is full of exciting and surprising moments. (c) Discovery

It is always exciting and troubling for the rescue team of the David Sheldrick Wildlife Trust to hear of an elephant baby that is lost in the wild. Quick action is needed to find the lost jumbo and protect him. Because out there in the bush, there are a lot of predators waiting for an easy prey. (c)davidsheldrickwildlifetrust (c) stlzoo.

After two years of rearing, Rorogi, is now one of the older girls in the sanctuary. She has been translocated from the nursery to a new home in Tsavo National Park by the end of last year, where she makes her next steps to become independent from her human family. She was moved to Tsavo together with her friends and has already adapted to her new home. (c) dswtkenya 4:37

Bedtime at the Sanctuary

When orphaned elephants are rescued, they are often traumatized. They have experienced the worse and they have lost their mothers. The Keepers in the nursery are their new family. 24 hours a day they are around the elephant babies. Even during the night they sleep within the orphanage. (c) nature of pbs 1:17

The migration of gnus, zebras and other grazers is one of the biggest spectacles in Africa. It es regarded as one of the seven natural wonders of the continent. A million visitors each year come to Tanzania or Kenya, to watch this spectacle. (c) Serengetiwach, filmed and edited by Xavier Suryniache Mateu

Gorillas, the Giants of the Rainforest

The mountain gorilla is the largest of the world’s apes. Gorillas are one of the most endangered animals of the tropical rainforests. To earn enough money to protect these majestic animals, safaris are offered to tourists. Sometimes, the tourists are the object of the gorillas. This video is very unusual and funny to watch. 1:18 Min.

Lemurs live in Madagscar. They are small primates known as "prosimians," which means "pre-primates" or "before monkeys. They are the oldest ancestors of primates which existed tens of millions of years ago. They are sociable animals, they like to dance, and some kinds of lemurs also like to sing. By the way, they are only found in Madagascar.(c) Noam World 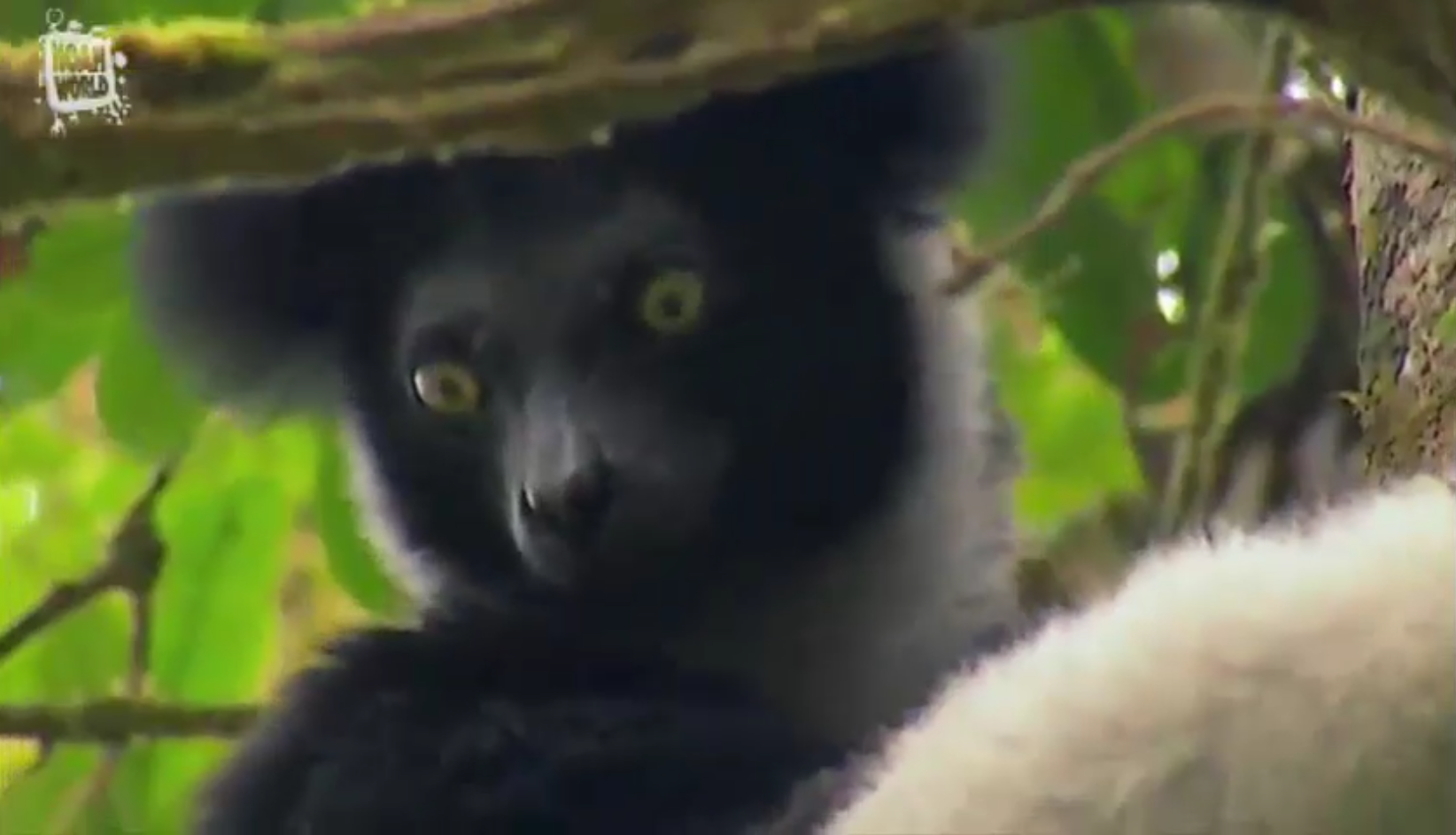 Drongo, the Artist among Madagascar's Birds

The Drongo is an artist, in terms of imitation. He can imitate almost every animal. Why? He is cheating especially those animals who hunt prey he likes to eat. In case he is wachting an animal that just has chased one of his preys, he imitates the predator of that very animal, to make it escape and leave the prey behind - for him, the Drongo.(c) Nannaroo17. 0:40 Min.

Chameleons are found nearly everywhere in Africa. They are living on insects and have special abilties to hunt even the most agile insects. This Chameleon is living in a terrarium and is feeded by its owner. But it behaves like its fellows in the wild. 59 sec. (c) IFA-Tours

These beautiful Addax antelopes have nearly been extincted due to war and hunting. But some people from over the world have taken action to rescue these beautful antelopes. They have a very special talent: They can smell water and rain, even if its 200 kilometers away! (c) stlzoo.

Meerkats on the Scene

Meerkats are inhabitants of the southern savannas. Several families live together in a large community. Young meerkats like to play and are very curious. They are very sociable animals and work together. Often stand on their rear legs and gaze alertly over the plains to watch for prey. Mothers can even nurse their young while standing. (c) Will Burard-Lucas, 2:12

Penguins can be found on the coasts of South Africa. You may observe an infant monkey being carried by its mother, with the infant clinging to the mothers fur and her protective arm around him. As the infant matures and becomes more independent, he will stray from his mother, being carried only when the troop moves or when danger threatens. (c) oschu1000 1:24 Minuten