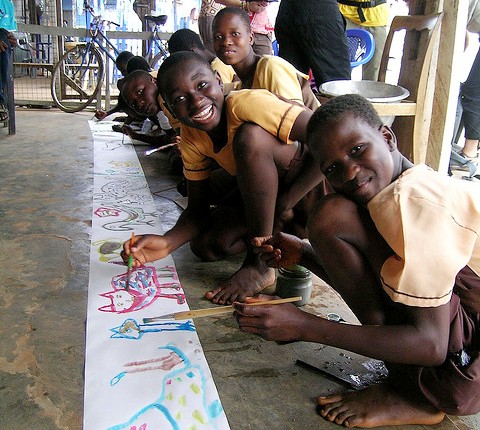 Schools, as we know them, have only existed in Africa since the colonial era. About 400 years ago, missionaries started building the first schools. In North Africa, Muslim scholars established Islamic schools, as they’ve been doing for a thousand years. Before that, children were taught by their parents and the entire village. They weren’t taught in subjects like they had in European schools, but in practical things such as cooking, hunting, farming, live stock, music, dance, story-telling and many things about faith and nature. They were initiated through special rituals and introduced to the adult-world. During their initiation, they would receive wise knowledge, which served the survival of the community. 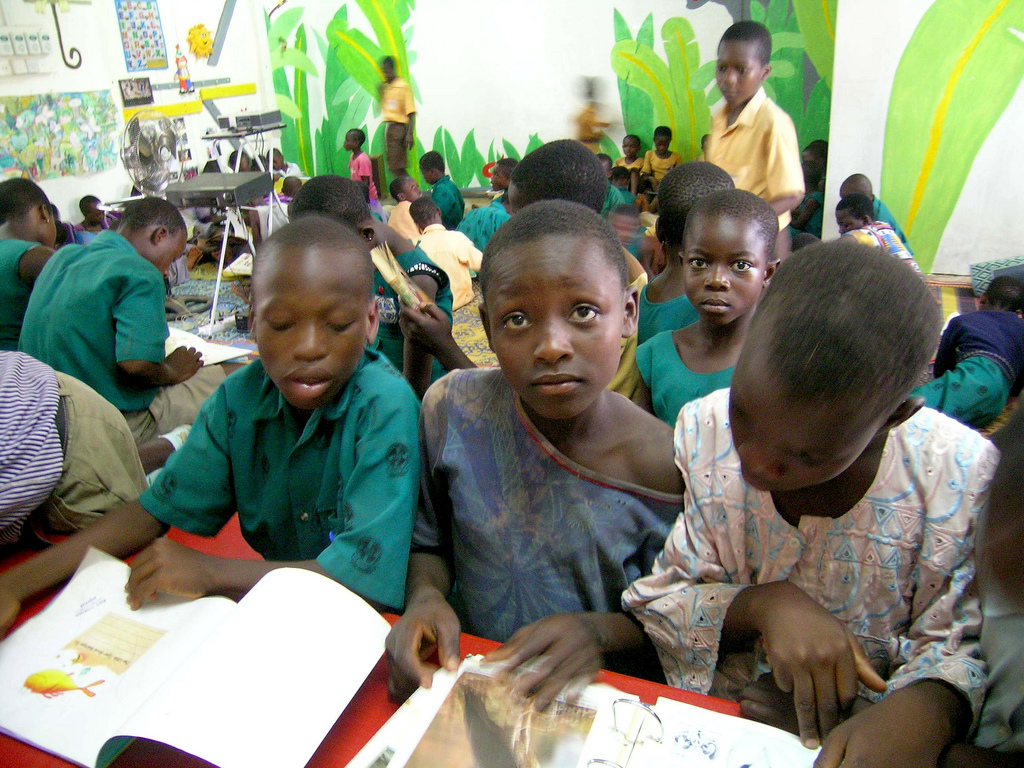 Today, most African schools are similarly structured to our schools. There is a Primary School, which lasts up till the age of 6, and a Secondary School, going up till 8th grade. Public schools don’t require school fees, however, pens, notebooks and school uniforms must be paid by the parents. Wealthy parents often send their children to private schools. In north African countries, there are also Islamic Schools, apart from public schools, but only boys are allowed to visit those.

School fees are an Obstacle for many Parents

Many schools require school fees. Most of the parents are willing to sacrifice a lot, so their children can learn at school, because education is a requirement for a better future. Normally, attending school costs between 5 and 15 Euros a year. For many African families this is a considerable amount of money, as they barely earn more than 100 Euros in a year. If a family has 4 children or more, only one child can usually go to school. Younger siblings then learn the basics in math and writing from their older siblings. Also school uniforms and books tear a hole in the family household savings.

What’s on the Timetable?

The subjects that are taught are similar to the ones on your timetable: reading and writing, math, religion, drawing, geography, music and sports. Often, students learn two languages from 3rd grade onwards, their African language and the official language of the country, like English or French. On some schools, acting in theatre is also on the timetable or story-telling. Some schools teach ecology and sustainable cultivation. And some schools teach things that are so practical such as sewing and building tools, that the mothers join their children at school.

In some Countries Class  is not taught in the Mother tongue 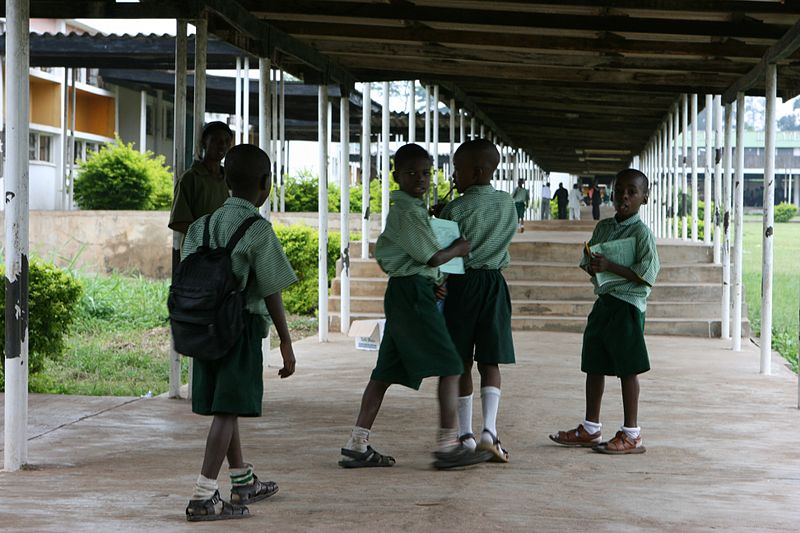 For children who are just starting school, class in a foreign language is just simply frustrating. But sadly, in many African countries, classes aren’t taught in their mother tongue, but in English, like in Gambia, Liberia, Malawi, Namibia, Nigeria, Zambia, Sierra Leone, Ghana or Zimbabwe. In Senegal, Mali, Mauretania, Guinea, Burkina Faso, Ivory Coast, Togo, Benin, Gabon, the Central African Republic and Niger classes are taught in French. English and French are the languages of the former colonial powers ruling in those countries. In northern Africa, the language taught in is usually Arabic. For most of the children just starting school, the foreign language is an obstacle. Many of them drop out of school in the first couple of years. Today it is known, that for all children, education depends on the mother tongue.

The daily Routine in a Village School

Often there is only one school for several villages. That’s why most of the children have to get up early, because they have a long way to school. Some of them are already up and about for two or three hours by the time the lessons start. Class begins between 8am and 8:30am, usually with a prayer or a song. At noon, they get a school lunch, and after that the children are allowed to play or play sports. In the afternoon class continues with practicing the learning material.

Discipline in an African School 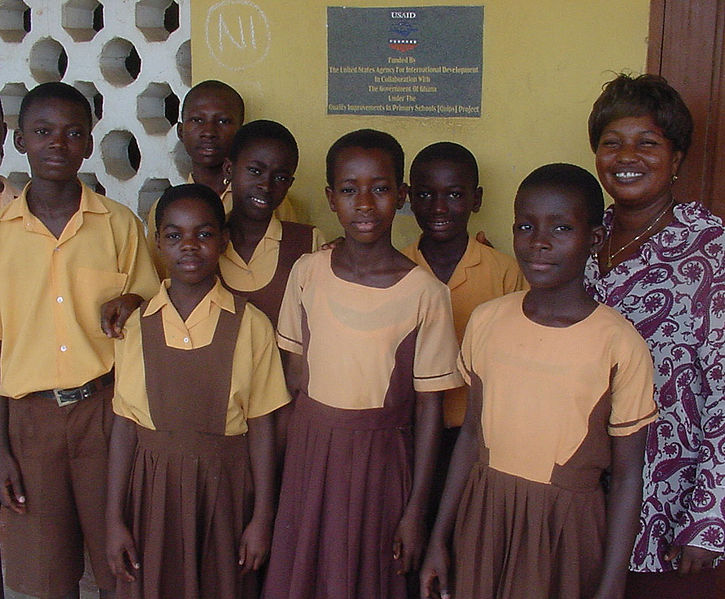 Very often, African schools are very strict. School uniforms are mandatory at many schools. In some countries, children practice marching and sing the national anthem. Questions are answered spoken together. Playful learning is rare. Children are often dictated what to do and whoever doesn’t pay attention could risk getting slapped. Nonetheless, all children like going to school, because they can learn a trade or even go to university and study there.

The Classroom in Village School

In southern Africa, the buildings are usually made of clay and straw. In there, it can sometimes get very hot. Often, the windows are very small, so the rain cannot get inside. Realy chairs and tables aren’t a given; often there are only clay blocks or rocks that serve as seats, because wood is expensive. Thirty or forty students are clustered in one room. Often there is only one toilet for an entire school. Some schools take place outdoors. The students sit under a tree and nets of straw protect them from the sun. Books, notebooks and pens are scarce articles. Mostly, the teacher has only one blackboard. 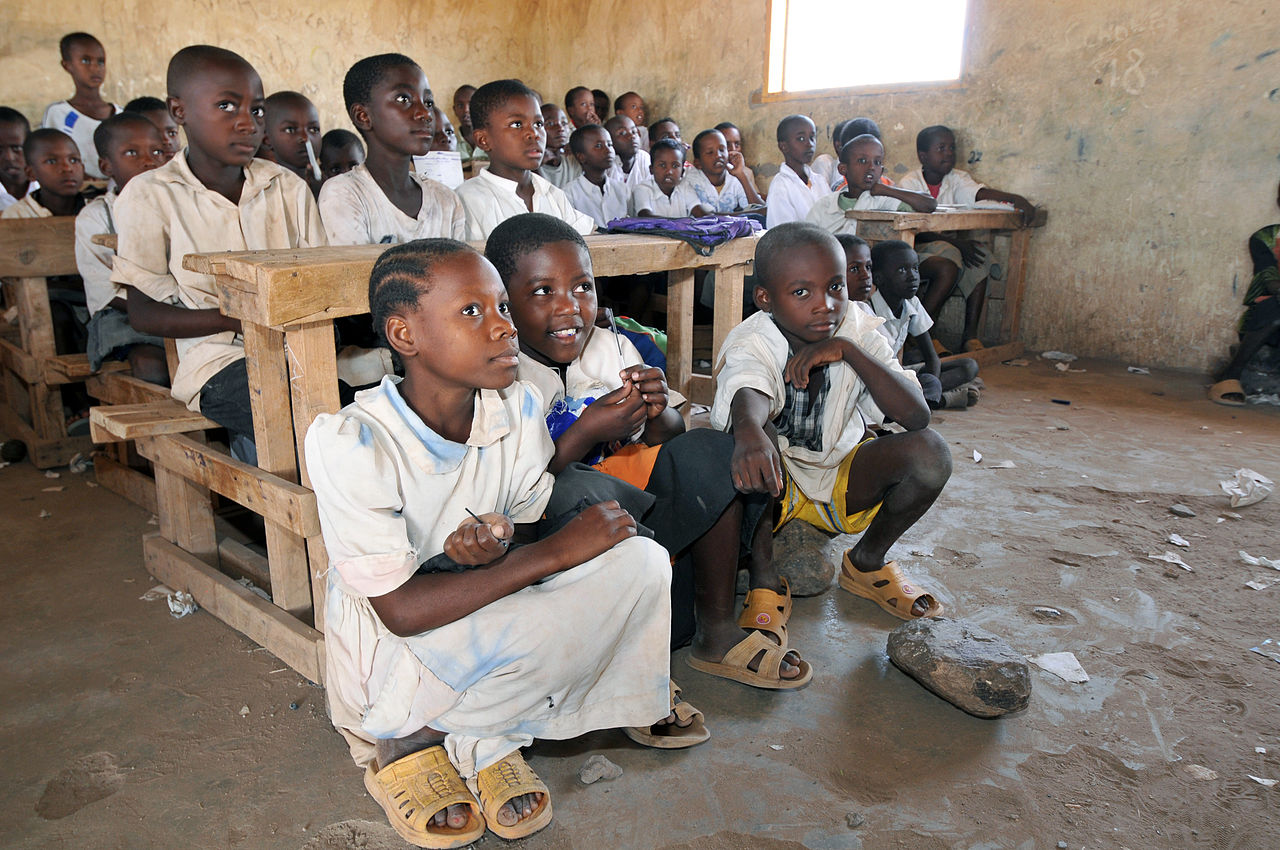 Millions of children in Africa are fleeing from war, poverty or droughts. Many try to reach refugee camps, because there they are safe for the moment. They also have the opportunity to go to school there. In refugee camps in the east and north of Africa there are temporary schools for refugee children. The classroom often consists of a tent. Mostly, several age groups are taught together. There are barely any teachers, that is why the parents often take that role and give homework. A lot is provisional, but for the children these schools are a glimmer of light in their sad everyday life.

At school with the Nomads

Nomad children, such as the children of the Tuareg or the Masai attend village schools that are on the paths of their clans. Or they go to circulating schools, which move from resting place to resting place. One or two teachers travel along the trails of the nomads and shepherds, with books and other lesson materials in their luggage. Class is taught outside. It sounds provisional. But the teachers make an effort to teach the children the educational material of a quarter of a year within one month. The parents then practice the material on their onward journey.

At School with  indigenous People 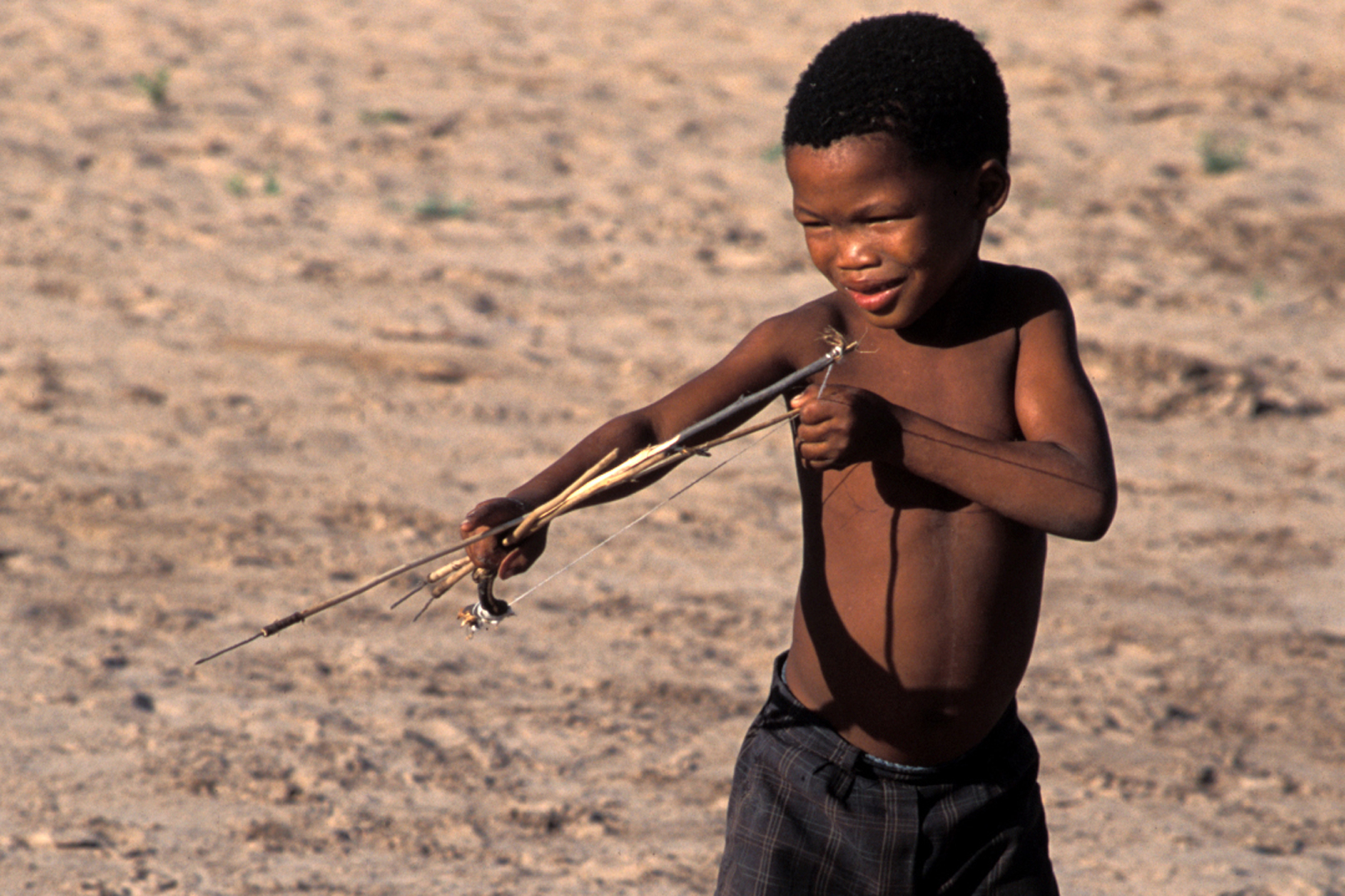 Most of the indigenous people such as the Pygmies or the Bush People teach their children themselves. Whether they live in the Savannah or the Bush decides what the material being taught. The Pygmies impart great knowledge to their offspring about the woods, about the dangers of wild animals and poisonous plants. They possess secret and valuable knowledge about nature, which had been lost by all other peoples and civilisations. The Bush People impart special knowledge to their children about hunting, raining seasons, finding water or about winning poisons and healing herbs. Their knowledge has been passed on for thousands of generations and is important for their survival. The elderly don’t impart their knowledge in school buildings. The students don’t wear uniforms, they don’t get report cards or grades. They don’t even have to sit quietly or learn discipline. They only have to prove themselves in those things making the survival of the community safer. The governments of the countries through which the indigenous people travel or in which they have their hunting areas, try more and more to oblige their children to attend school. This does not always happen smoothly. Because the schools demand knowledge and behaviour of the children that are completely different from the behaviour they practice in the wilderness.