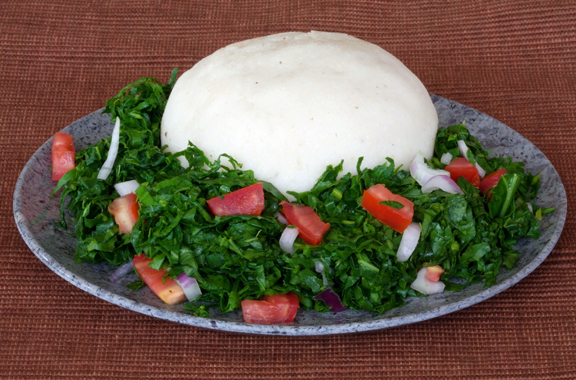 Many people from all over the world immigrated to South Africa. Every people imported its own special cooking styles and recipes, that's why you will find Indian, Chinese, French, Dutch, English, African and Jewish recipes on the menues , including crocodile, antelope, exotic fish and birds - and hot spices.

For breakfast many children eat the same, no matter, where there ancestors came from: Motogo. It is an African kind of Porridge, which you can easily prepare.

Motogo or pap is a traditional dish that is native to South Africans; the dish is made from softly grounded maize, which is then cooked. However grounded maize may be found in other parts of Africa as well, and just differs in name. In East Africa pap  is known as ugali.

In traditional villages, South African pap is cooked outside in a black cast-ion pot, and the fire that it is cooked on gives the pap a good smoky taste

How you make it: 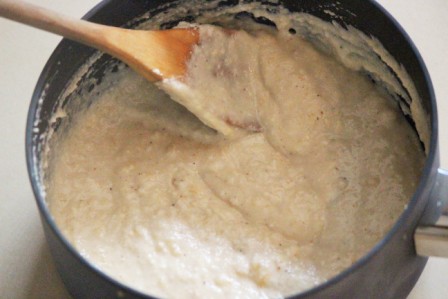 Once all of these items have been gathered, place the pot on a hot stove, and pour the boiling water into the pot. Add sugar, and then pour 350g of maize meal into the boiling water. If cooking on a stove, lower the heat to medium and stir the maize meal with a wooden spoon, ad milk and keep stirring the pap every 10 minutes. Switch off the stove after 30 minutes and allow it to cook in the pot’s warmth for about 10 minutes.

Motogo always tastes better when it is served warm. You can serve it with milk and fruits.