Today, the Islamic Emblem, a star and crescent, can be found on the flags of many North African countries. The reason for this dates back to the first century Anno Domini.

It was the year 622 A.D. At that time, the former caravan leader and merchandiser Muhammad ibn Abd Allah lived in the Arabic city Mecca.  The people on the Arabic peninsula believed in many gods. Mohammed thought a lot about the grievances of these days and the continuously growing gap between poor and rich. On his journeys, he encountered Christians and Jews, who told him about their belief in only one God. For this one God, all humans were equal. 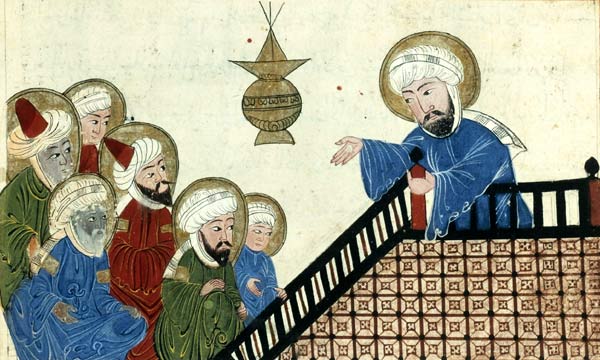 The Arabic prophet Mohammed belonged to an Arabic tribe living at the Red Sea. The Empire of Abyssinia, today’s Ethiopia, was located on the other side of the Red Sea. Between the Arabs and the Ethiopians existed close connections. A woman from Ethiopia belonged to Mohammed’s ancestors. His nanny also came from Africa. Therefore Muhammad had a special connection to the African continent from his early years on. He preached about helping the poor and about fighting against the excesses of slavery. This message impressed those Africans, who were enslaved by Arabs. Soon, some of them became his most convinced followers. One of them was Bilal, an Ethiopian slave. Bilal heard about the preacher and converted to the Islam. Due to his beautiful voice, he received the task to call the believers to prayer. He is regarded the first African muezzin and is worshipped as ancestor of African Muslims.

639 was an important year in Africa’s history. Field commander Amr ibn al-As invaded Egypt with an army of 4000 Muslims. Amr ibn al-As was a successor to Mohammed. He conquered Egypt, which was the richest province of Byzantium at that time. In his military camp, he arranged for the construction of a mosque bearing his name. Later, the city Cairo emerged from this camp. In the following years the Islamic forces conquered the entire  African Mediterranean coast. In today’s Tunisia they founded Kairouan as capital of the new province. Only the Berbers offered fierce resistance. Finally, after many battles an armistice was concluded. The subjugated peoples had the choice to accept the new faith. If they didn't want to become Muslims, they had to pay a tribute. More and more Arabs settled in Egypt as merchandisers and graziers. 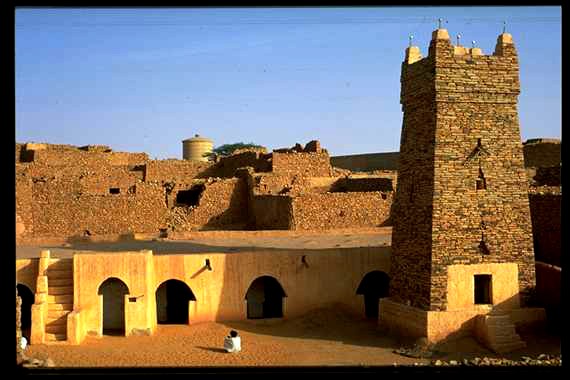 In the 8th century, the Islam reached West Africa through Arabic merchants. The kings of western Africa valued the Arabs as good merchants and scholars. Under the influence of Arabic scholars, science and arts flourished. One by one, the west African rulers joined the Islam. Mosques were built. Centres of knowledge emerged in the city Timbuktu in today’s Mali. It took three more centuries until the Islam was firmly anchored within the west African peoples.

The Propagation of the Islam by the Sword 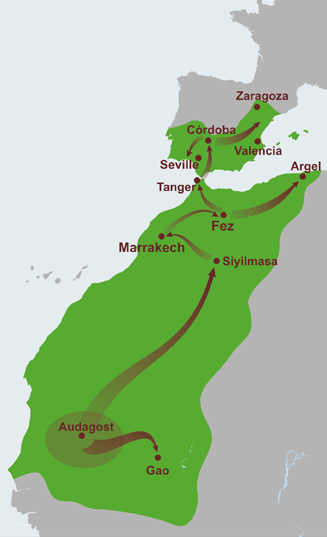 At the outset of the 11th century, Islamic Moors founded the Almoravid Empire in the region between Morocco and Mauretania. The Almoravids spread the Islam by the sword. It was the first jihad. The holy war of the Islam shook Africa’s North. During their glory days, the Almoravids incorporated the Ghana Empire in the west and pressed forward into Egypt in the east. They crossed the Strait of Gibraltar and conquered the southern half of Spain. The traces of their dominion are still preserved within the Moorish architecture in many Spanish cities.

The Holy War is expanded

Scholar Sheik Osman ibn Fodio waged the “Holy War” against the rulers of the Hausa Empires at the Niger River. The Fula people, who lived in the north of today’s Nigeria, supported him. Even many farmers from the Hausa folk groups went along with the scholar in the battle against their rulers, who exploited them mercilessly. They expected more righteousness from the Islamic advocates. The Islam became the determining power in North and West Africa. On the left side you can see an image of al Bar, general of the Almoravids, who lived in the 14th century. In the middle of the 18th century, the Islam has become the leading religion in West and North Africa by force of arms. 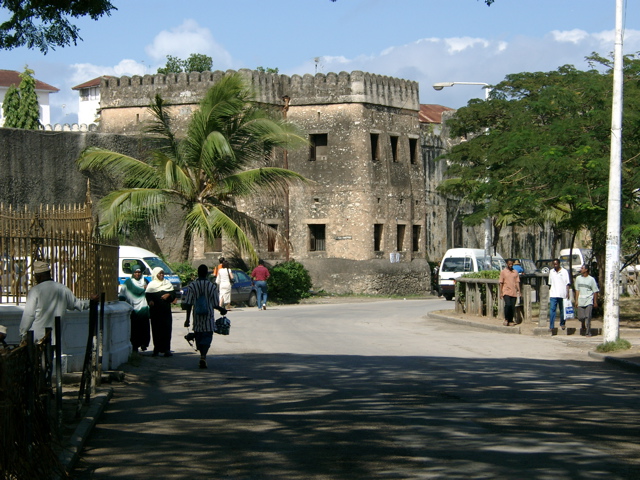 In the 8th century in East Africa, the Muslims started their triumphal march along the east coast. Arabic merchants and salesmen spread the Islam  from Egypt down to Mozambique. They built trading posts at coastal cities and on islands such as Zanzibar. Their goal was to trade with Chinese and Indian merchants. By trading with China, the East African cities grew rich. Consequently, the Islam became the predominant religion on the east coast.

The Islam in today's Africa 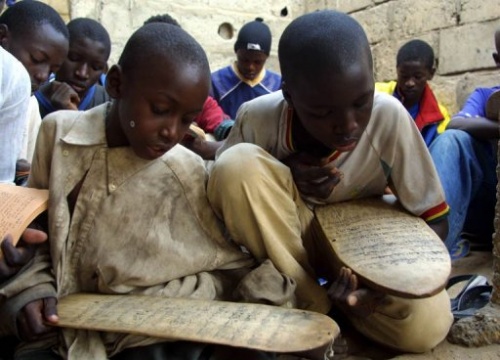 For many centuries, Allah's revelations have separated the continent into an Islamic north and an African south. This division has lasted to this day. Almost half of Africa's inhabitants are followers of the Islam. Aside from that, they maintain their African faith. In poorer regions of North and West Africa, Islamic schools above all provide an education, at least to boys. Here they learn to read and write. Girls, however, are not allowed to go to an Islamic school.

Muslims and Islamists - what is the difference?

Muslims maintain their faith, they acknowledge the laws of the respective constitutional order and they respect followers of another religion. Fanatic jihadists want to force the Islam on dissenters. They are called radical Islamists. They want to establish a theocratical state with the Sharia as legislation. Especially in Sahel countries between North and West Africa, followers of the Islam have radicalised. In Egypt, Niger, Mali or Nigeria, radical Islamistic activities frequently lead to terror attacks. Likewise, in Somalia and Kenya, terrorist groups frighten the local population.

What is the Sharia? 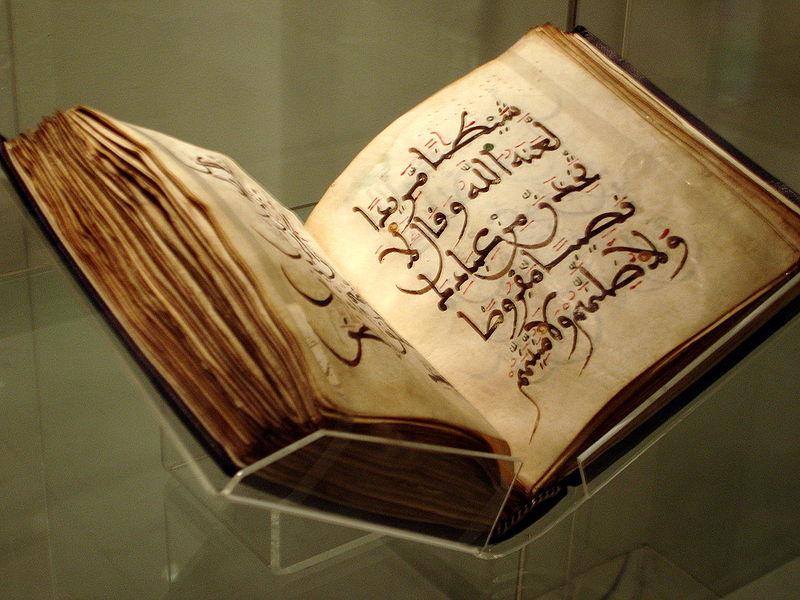 The word Sharia means "path" and initially described the religion itself or the religious path. Later on, the word was applied to the Islamic legislation. Sharia includes ritual rules about prayers, fasting during Ramadan, obligatory almsgiving to the poor and the pilgrimage. Additionally, arranging family affairs, commercial codes and criminal law come within Sharia. For practitioners of the Islam, Sharia is considered to be divine law. In actual fact, jurists in the course of centuries developed most of the rules and instructions. Even today, the rules of Sharia are still valid in many Islamic countries, even though most of them are out dated.