In the 16th century, the first missionaries from Europe came to the coasts of West Africa along with the explorers and traders.  Along the rivers they made their way to the inner continent. At the time, North Africa had already become islamic. The missionaries now wanted to convert the southern continent to the Christian religion. The missionaries wanted to educate the blacks to good Christians. For them, the scantily dressed blacks were savages. They despised their African ancestor cult; as for them, this cult was sheer superstition. They explained that their Christian God was better than the many African gods. So did the natives believe them? No, at first, they resisted the new religion. However, the protesting did not bother the missionaries and they resumed their efforts at persuasion. After all, they were convinced that they were doing good work.

The Missionaries acted in favour of the colonial rulers

The white priests promised the rulers and village elders to build schools and deliver modern weapons. They built magnificent churches and thereby proved their great knowledge. The splendid church buildings of the Europeans impressed the locals. Also, they liked the chants and the stories from the bible. And thus, the first people agreed to become Christians. The children of the baptized people were sent to missionary schools. They received European names and learned the language of the new rulers, either Portuguese, French of English. Furthermore, they were taught reading and writing. Through these skills, they were supposed to be of use to the colonial masters. Most of the children were proud to attend a missionary school, because later they obtained influential positions and earned more than their non-christened siblings or friends. Just as the Islamic scholars in North Africa, the Christian missionaries did not respect the will of the locals. Repeatedly, Africans complained about the missionaries’ arrogance and cruelty. If they rebelled against the White, they were punished or locked up in prisons. In the image on the right you can see a cross on a church in Goma in the Democratic Republic of Congo.

First the Rulers were converted to the Christian Faith

One of the first African rulers to be converted was the Congolese king Afonso I. His African name was Nzinga Mbemba. He was christened in 1506. The missionaries had raised him to act in favour of the European conquerors. He accepted the wishes of the Portuguese and delivered them diamonds and slaves. In return, they helped the Congo king with the organisation of his realm. And they delivered him weapons for his army. When the Portuguese demanded more and more slaves, Afonso became furious. He refused to send even more of his subjects in the slavery. He expelled the Portuguese from the country. Later the Portuguese took revanche and destroyed his empire.

David Livingstone advances to the Heart of Africa 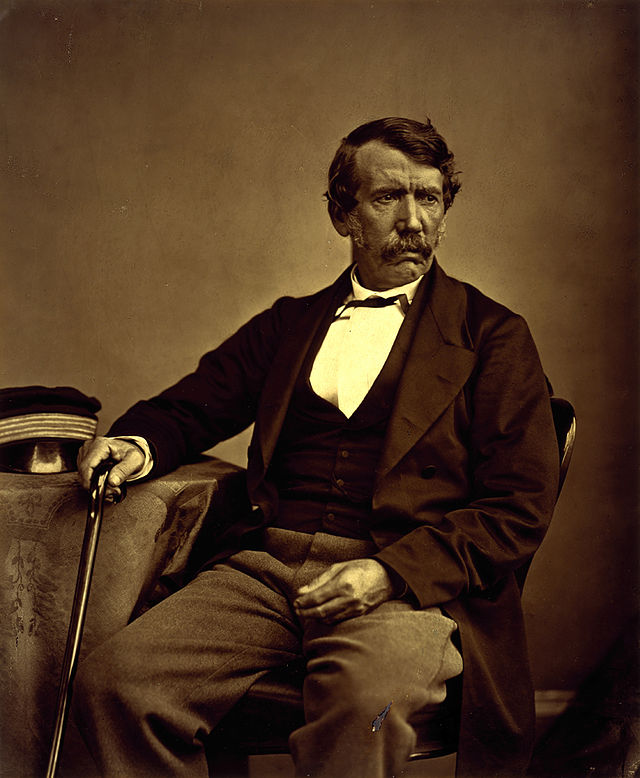 The most famous missionary was the Scot David Livingstone. He undertook several expeditions to Africa and was the first European to cross the continent from west to east. In 1854, he travelled downstream on the Zambezi River. He wanted to take the gospel to the tribes in the heart of Africa. On his journey, he discovered gigantic waterfalls, which the natives called "thundering smoke"; he named them after his queen: “Victoriafalls”. From time to time he met slave traders, who bought and sold kidnapped people. As a devout Christian, he considered slave trade a crime against humanity. He fought for the abolition of slave trade, just as many missionaries of his time.

Up until today, in many African schools the children are taught in French or English, the language of the former colonial masters. Even though children, who are starting school, have difficulties with the languages!